Sometimes change doesn’t begin in the walls of the State House; sometimes it begins in a basement.

For John Gabrieli, executive director of Every Voice Coalition, an organization focused on not only stopping sexual violence on college campuses but also helping survivors access the resources they need, this is a familiar scenario.

Back in 2014, Gabrieli was a sophomore at Harvard when he and a group of fellow students spoke with state Sen. William Brownsberger, who believed that any legislation focused on addressing campus sexual violence should include input from students and survivors.

Since then, Gabrieli and others who joined what became Every Voice have fought both inside and outside the State House to get a bill passed, and just a few weeks ago they succeeded after years of advocacy, testimony before lawmakers, and rallies.

The new law calls for a “sexual misconduct climate survey,” which will ask questions about reported and unreported incidents on campus, if students know a school’s policies regarding sexual violence, and if they know how to access resources. The law also will ensure campuses have up-to-date policies regarding the issue, and that information is easily accessible.

After clearing the state House of Representatives and Senate earlier this month, Gov. Charlie Baker signed the bill on Jan. 12.

Six years in the making

For Every Voice, it’s been six years of trying to get the message out about the effects of sexual violence on campuses, an effort that has included expanding to dozens of college campuses throughout the state, holding rallies, testifying in the State House, and passing around a petition. For Gabrieli, it meant multiple meetings with other students in his basement to discuss ideas.

The effort now also reaches outside of Massachusetts — bills have been filed in New Hampshire, Illinois, Connecticut, and Hawaii.  The Hawaii and New Hampshire bills passed their state senates in February 2020 and March 2020, respectively.

“It’s a dream come true,” Lily James, a co-national director for Every Voice and a senior at Mount Holyoke College, said in a recent interview with Boston.com.

James joined Every Voice during her first year of college, she said, noting that the measures being put into place by the bill could’ve really helped some of her peers.

After that initial meeting with Brownsberger in 2014, Gabrieli said he and a group of friends got to work researching. They spoke with other students and looked to see what other states had done.

Yet, 89 percent of 11,000 colleges and universities analyzed by the American Association of University Women had not reported a single incident of rape on campus in data from 2016.

“Students had been suffering in silence,” Gabrieli said. “These statistics erased many people’s experiences. That felt wrong to us.”

The first recommendation Gabrieli and his group received was to create a survey for students, a place where they would feel safe describing their experiences. They met with with Brownsberger, who suggested they should pitch a bill.

“We had no idea we could do that,” Gabrieli said.

The first iteration of the bill was drafted in December 2014, Gabrieli said. Brownsberger filed it in January 2015, almost exactly six years ago.

He also described the feeling of powerlessness.

“We saw people being impacted and feeling like we couldn’t do anything about it,” Gabrieli said, adding how so many incidents are not reported and those who commit them don’t face consequences.

Brownsberger called the students in to testify, and Gabrieli said he and others in the group reached out to friends on other college campuses who agreed to talk about their experiences. The bill didn’t get approval that year, but for Gabrieli the beginning of the process was “particularly important.”

Since then the bill has been refiled. The House passed it in 2018, and The Boston Globe endorsed it in the spring of 2019. But it wasn’t until during the middle of a pandemic, when many college students aren’t even on campus, that the proposed law was finally given the green light. During that time, there was a summit in February 2019 attended by 220 students. In February 2020, a petition sent nationwide garnered 100,000 signatures.

‘A platform to step into my voice’

Nora Gallo, a co-national director for Every Voice, an alumna of UMass Amherst, and a survivor of sexual violence, said it was in the fall of 2018 that she first saw a table in the university’s campus center that said “Stop sexual violence.” She decided to speak to those involved and that led her to her advocacy work with Every Voice.

“It was a personal experience with this issue that set me on the path of survivor advocacy, and the Every Voice Coalition offered me a space to channel myself into, allowing me to thrive in my final years in undergrad,” she said in an email to Boston.com. “Every Voice offered me a platform to step into my voice, to reclaim myself and use my story as a catalyst for change.”

Though Every Voice has now passed in Massachusetts, coalition members say there’s still a lot of work left to do. The facets of the law now need to be implemented. Outside Massachusetts, 28 states don’t have any laws regarding the issue, according to Gallo in a separate interview.

The group also has a summer program for working with stakeholders, including students and survivors, in other states to help file legislation and, once it’s passed, work with them through implementation, she said.

“Young people are not always given a seat at the table when it comes to shaping the policies that will impact them,” Gallo said, noting that Every Voice works through a “grassroots, ground-up movement” working with students.

“I never saw myself as somebody with the ability or potential to step into these spaces,” Gallo said. “Now I feel like I can really make an impact.” 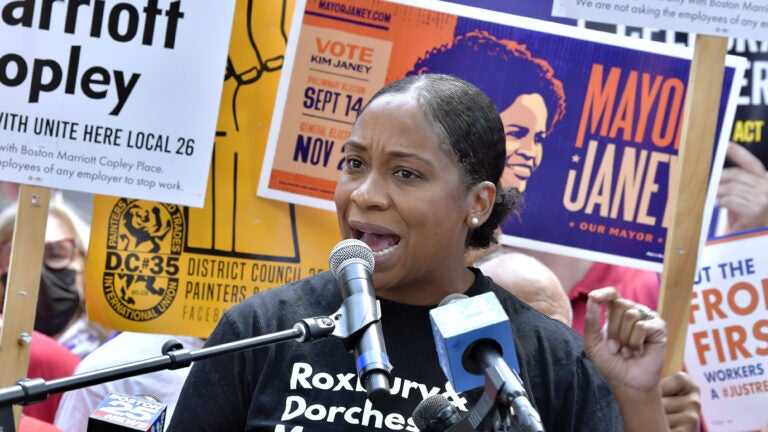