BOSTON (AP) — A U.S. Army Special Forces veteran accused, along with his son, of smuggling former Nissan Motor Co. Chair Carlos Ghosn out of Japan in a box is imploring U.S. officials to block their extradition.

In an interview with The Associated Press on Monday, days after a judge cleared the way for the pair to be handed over to Japan, Michael Taylor said he fears they will be treated unfairly in the Japanese legal system. Taylor, a former Green Beret and private security specialist from Massachusetts, said he feels betrayed that the U.S. would try to turn him over to Japan after his service to the country.

“You dedicate your time in the military and you serve in combat and you do a whole bunch of other things,” Taylor said from the suburban Boston jail where he and his son, Peter Taylor, have been locked up since May. “And now they volunteer to extradite me and my son to Japan for something like this? Yeah, you feel a great sense of betrayal.”

The U.S. Department of State agreed in October to hand the pair over to Japan, but a court judge put the extradition on hold after their lawyers filed an emergency petition. The judge rejected the petition last week, clearing the way for the extradition, but the men’s lawyers are now appealing to the Boston-based federal appeals court.

Paul Kelly, one of their attorneys, said the U.S. has assured them it will not seek to surrender the Taylors to Japan before Feb. 12.

The White House didn’t immediately respond to an email seeking comment about the case. The State Department referred questions to the Department of Justice. A DOJ spokesperson said anyone extradited to Japan to be tried for alleged crimes committed there “will be afforded all due process and other rights typically available to all defendants facing criminal charges in Japan.”

Lawyers for the Taylors have not denied the allegations but say the men cannot be extradited because “bail jumping” is not a crime in Japan and, therefore, helping someone evade their bail conditions isn’t a crime either. They say the men will be subjected to “mental and physical torture” in Japan, describing its criminal justice system as “akin to that of an authoritarian regime.”

The Taylors’ defense team had been lobbying the Trump White House to step in. The father and son hired two high-powered attorneys with connections to former President Donald Trump — Abbe Lowell, who has represented Trump’s son-in-law, Jared Kushner, and Ty Cobb, a former Trump White House attorney — in the hopes the case would catch Trump’s attention before he left office.

“My father is in his mid 80s now. We’re going to get over there and we’re going to get tortured. I’m not going to be here for my father’s last days, which I’d like to be obviously. His grandson would like to be as well,” Taylor said. “Don’t you think we’ve been punished enough already?”

Taylor refused to discuss the details of the case because of the possibility he will be tried in Japan. But he insisted that his son “wasn’t involved” and was not in Japan when Ghosn left.

Prosecutors have described it as one of the most “brazen and well-orchestrated escape acts in recent history.” Authorities say the Taylors were paid at least $1.3 million for their help. Ghosn wired more than $860,000 to a company linked to Peter Taylor shortly before the escape and Ghosn’s son later made $500,000 in cryptocurrency payments, authorities said.

On the day of the escape, Michael Taylor flew into Osaka on a chartered jet with another man, George-Antoine Zayek, carrying two large black boxes and pretending to be musicians with audio equipment, authorities said. Meanwhile, Ghosn, free on bail, headed to the Grand Hyatt in Tokyo and met up with Peter Taylor, who was already in Japan, authorities say.

The elder Taylor and Zayek met up with the two others at the Grand Hyatt and shortly after, they split up. Peter Taylor hopped on a flight to China while the others got on a bullet train and went back to another hotel near the airport, where Taylor and Zayek had booked a room. They all went in; only Ghosn’s rescuers were seen walking out.

Authorities say Ghosn was inside one of the big black boxes. At the airport, the boxes passed through a security checkpoint without being checked and were loaded onto a private jet headed for Turkey, officials said.

Ghosn is now living in Beirut, where he grew up. The former auto executive, who was charged in 2018 with misusing company assets for personal gains, has denied any wrongdoing and said he fled to avoid a “rigged Japanese justice system.”

Over the years, the elder Taylor has been hired by parents to rescue abducted children, gone undercover for the FBI in a sting on a Massachusetts drug gang and worked as a contractor for the U.S. military in Iraq and Afghanistan. And this isn’t the first time he has found himself in legal trouble.

In 2012, federal prosecutors alleged Taylor had won a U.S. military contract to train Afghan soldiers by using secret information passed along from an American officer. When Taylor learned the contract was being investigated, he asked an FBI agent and friend to intervene, prosecutors charged. Taylor spent 14 months in jail before agreeing to plead guilty to two counts. 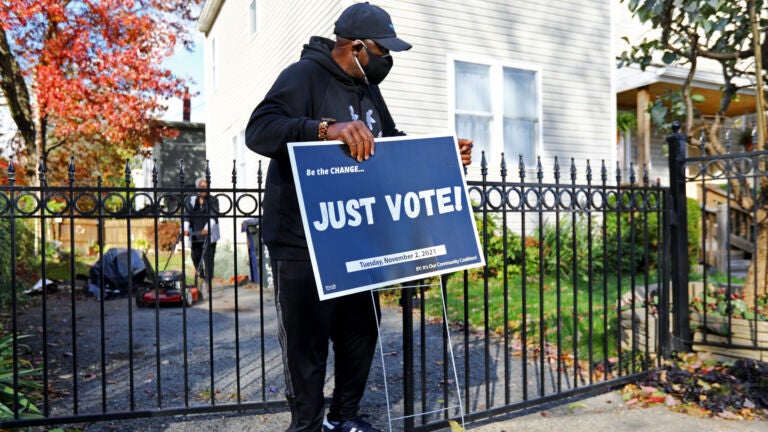