Last week, the Massachusetts Department of Transportation and MBTA announced the launch of a study of the feasibility and costs of extending Silver Line service into three additional cities: Everett, Somerville, and Cambridge.

While officials are a long way from identifying exact routes and stops, a study area presented during a working group meeting Monday showed that the possibilities range from parts of East Cambridge and East Somerville up to the Glendale Square neighborhood in Everett, as well as Charlestown and downtown Boston. 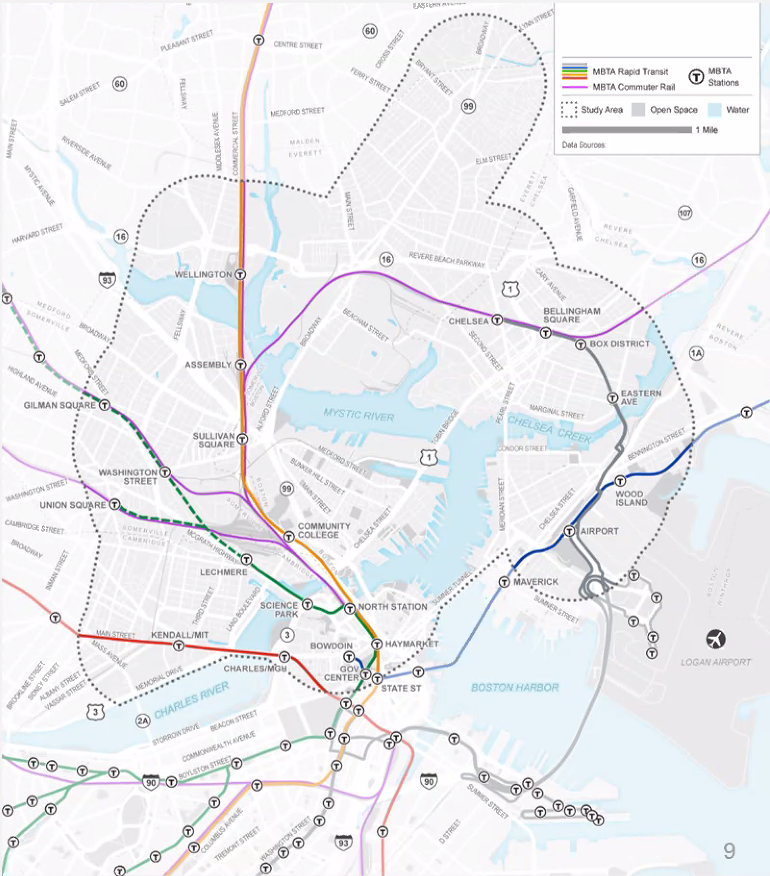 The new study comes after the agency’s Focus40 plan recommended extending bus rapid transit service into Everett and beyond sometime in the next two decades. It also comes after reports by the MassDOT and Metropolitan Area Planning Council that said extending the Silver Line — which currently runs lines connecting Roxbury, South Station, the Seaport, Logan airport, and Chelsea — would help connect growing populations with job centers in Cambridge and downtown Boston.

MBTA General Manager Steve Poftak said in a statement last week that the newly launched study was “an important step in improving service to essential workers and transit-critical populations that live far from the Orange and Blue Lines and rely on bus service to get to work and other destinations.”

During the meeting Monday afternoon, MassDOT planner Doug Johnson noted that Everett and Chelsea are “not well connected to each other by transit, or to the rest of the region,” and the current transit services that do exist in the cities “are not particularly competitive with driving for most trips.” Even as the MBTA works to improve its bus network and infrastructure, Johnson said existing service is “not serving these communities as well as it could be.”

At the same time, bus ridership in Everett and Chelsea, which are two of the communities in Massachusetts that have been hardest hit by the COVID-19 pandemic, has remained relatively high over the past year.

Additionally, demand is likely only to grow. Eric Bourassa, the MAPC’s transportation director, noted Monday the general the “Lower Mystic” area is projected to see 90,000 new residents by 2040.

“This is a big growth area,” Bourassa said.

Still, several advocates also stressed that the project should prioritize the region’s current population, especially the lower-income communities that have relied on public transit to commute through the pandemic.

The study will look at potential route alignments in four general areas, including extending the SL3 terminus to Broadway in Everett and connections to Glendal Square, Kendall Square, and North Station.

“Using a mix of exclusive and priority lanes, this service could attract 36,400 riders daily, generate 5,200 new daily transit trips, and reduce auto mode share in the study area by 1 percent,” the MAPC said in its 2019 report of its proposed Silver Line extension from Chelsea to Everett, with two branches connecting directly to Kendall Square and North Station. 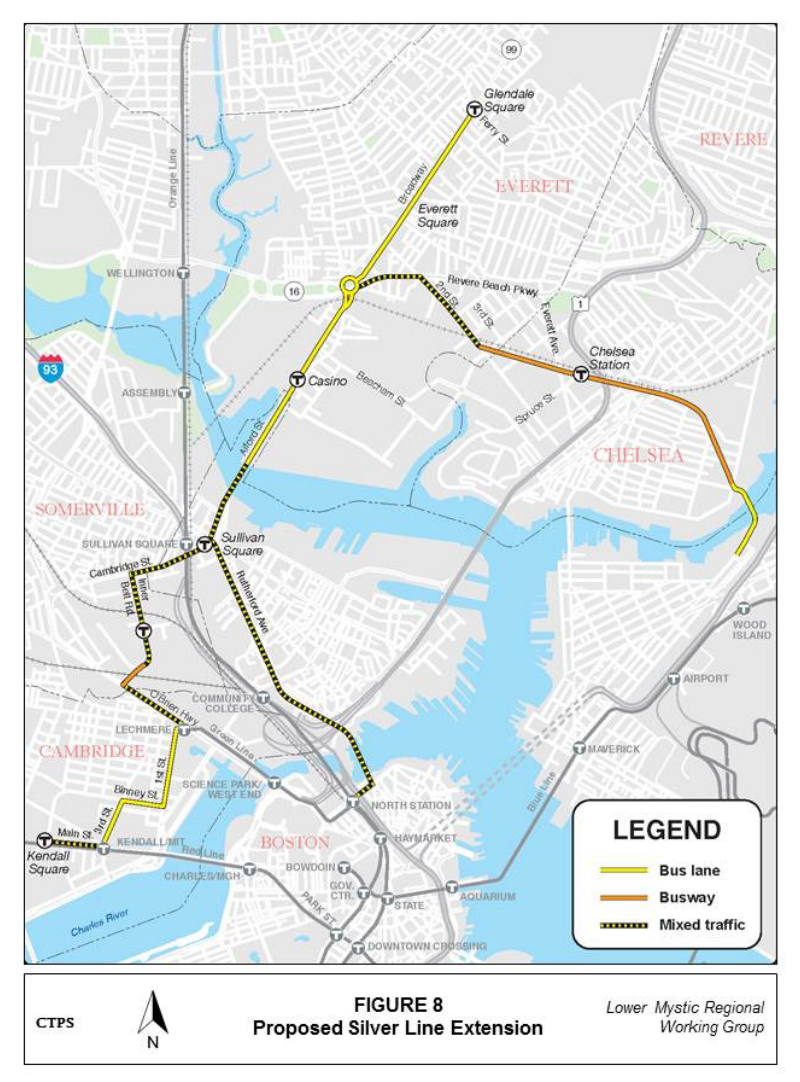 If officials do chose to pursue something like that, it won’t be especially soon. The entire analysis project won’t be completed until spring 2022, and the extension of the Silver Line into Chelsea took five years after its initial announcement.

The working group Monday, however, marked the beginning of the process, with local officials and advocates discussing definitions of the project’s goals and objective. Johnson said they wouldn’t get into potential routes until later this month or March.

“This really needs to be a collaborative process,” he said. “It can’t be one that’s just dictated by us; it needs to be hand in hand with each of you so that we make sure that we’re delivering a project that you all believe in and it fits the needs of your community.”