When Kansas Sen. Roger Marshall brought up the federal minimum wage to Mayor Marty Walsh on Thursday, he first asked the secretary of labor nominee a simple question.

What did the last cup of coffee that Walsh bought in Boston cost?

The coffee run, the mayor said, was “probably” at Doughboy Donuts & Deli in South Boston for about $1.75.

Soon, the phones began ringing at the shop on Dorchester Avenue — where a small coffee actually costs $1.95 — with well wishes and queries from callers, perhaps enthusiastic about the quick advertisement for a local shop on national television and broadcasted from the halls of the U.S. Senate, no less.

“The phone has not stopped ringing, which I don’t understand,” Phyllis Fandel, the shop’s owner, told WBZ. “It seems like they make a big deal out of nothing, you know. It’s a coffee place.

Most companies when they get a shout from a celebrity: “Wow! How cool, we’re so honored!”

According to Fandel, Walsh has frequented the store for decades and usually swings by the drive-thru. If he comes inside and there’s other customers, he’ll pick up the tab for everyone, she said.

The mayor typically grabs a medium, hot coffee — on the menu for $2.40, she said.

“Cream and sugar, nothing fancy,” Walsh told The Boston Globe about his coffee preferences in 2014.

The mayor was questioned by the U.S. Senate Committee on Health, Education, Labor, and Pensions as he began his confirmation process on Thursday.

While Republicans stressed some key disagreements they have with the administration’s plans for a federal $15 hourly minimum wage and cancellation of the Keystone XL pipeline, lawmakers also expressed urgency in getting Walsh to work as the COVID-19 pandemic rolls on.

“Tom Brady has proven that a Massachusetts guy can hop on I-95 south and do good things,” Sen. Richard Burr, a North Carolina Republican and ranking member of the committee, told Walsh. “If doing good things is your goal, and I think it is, but you’ve got to be willing to stand up to the agenda activists.”

Like other small businesses, Fandel said her shop has seen some financial losses as a result of the health crisis. But she is thankful to have a job.

“We’re really lucky to be open. There’s so many places that are closed. I just hope (people) know we’re here and hopefully we won’t be going anywhere,” she told WBZ. “And we hope the mayor does really well in Washington.” 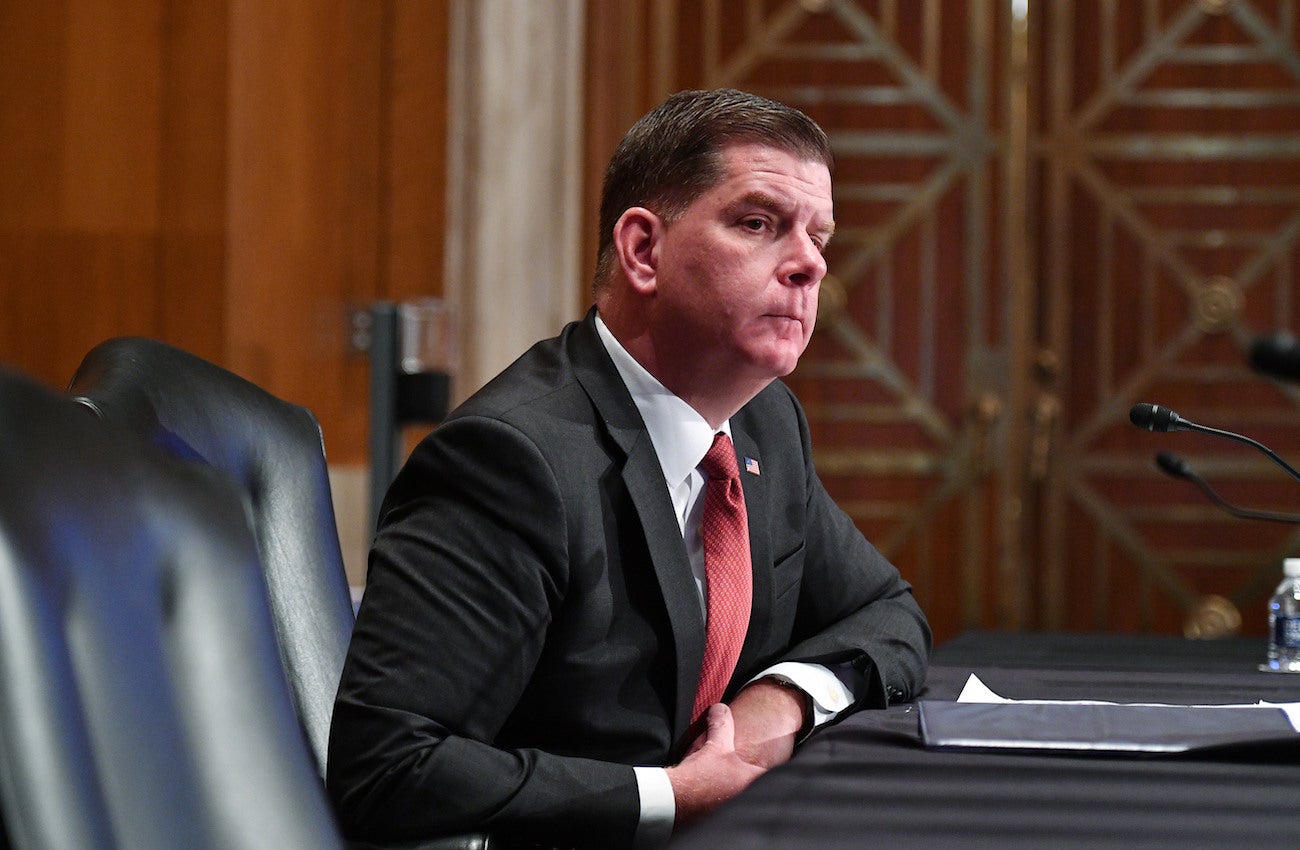