A Boston man found guilty of first-degree murder in the shooting death of an innocent bystander during a 2014 street festival even though he did not fire the fatal shot had his conviction overturned by the state’s highest court on Monday.

Wesson Colas was convicted in December 2018 in the death of 26-year-old Dawnn Jaffier during the Caribbean Carnival in the city’s Dorchester neighborhood.

Prosecutors said Colas and another man, Keith Williams, were rivals who confronted each other with guns and that Williams fired the fatal shot while Colas did not fire at all.

The men were tried together on first-degree murder charges under the theory that although he did not fire the shot that killed Jaffier, Colas initiated a gunfight with the intent to kill Williams and therefore was liable for harm to bystanders.

“There is no evidence that the defendant possessed a loaded firearm” or “fired the gun either before or after Williams fired at him,” the court wrote in its decision. “The fact that, in the midst of an argument, the defendant pointed a firearm at an opponent is not enough to carry the Commonwealth’s burden.”

The court ordered a new trial for Colas on the lesser charge of second-degree murder, which would give him a chance at parole if convicted. A first-degree murder conviction comes with a mandatory life sentence with no parole.

Williams was also convicted of first-degree murder and given a life sentence.

Jaffier worked in a city elementary school and a Boys & Girls Club. Friends and coworkers described her as dedicated to helping young people.

“The evidence against him was incredibly weak,” she said, noting that witness testimony contained multiple discrepancies.

A voicemail seeking comment on the court’s decision and whether Colas will be released pending a new trial was left with the Suffolk district attorney’s office. 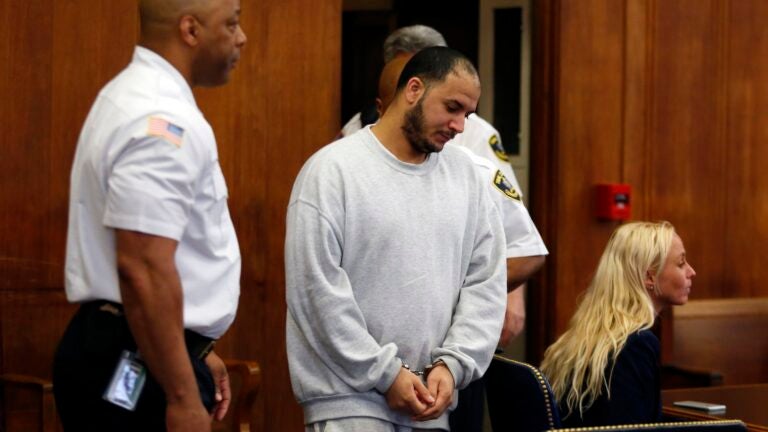