For many Massachusetts state employees, regular telework is set to continue long after the COVID-19 pandemic.

Gov. Charlie Baker’s administration is planning to implement a permanent “hybrid” work model for roughly 20,000 of the state’s 44,000 full-time workers, a spokesman for the state’s Executive Office for Administration and Finance confirmed Friday. As the State House News Service first reported Thursday afternoon, Baker sent an email last week to state employees informing them of the plan.

“Over the course of 2021, we will gradually transition into a more permanent hybrid work model,” the email said. “For some agencies, especially those in the metro Boston area, your office spaces may be updated and reconfigured to adjust to a smaller footprint.”

Baker said that the “combination of telework and in-office work will allow for a flexible and resilient workforce.” According to the email, which was also shared with Boston.com, state officials are working with unions to clarify their telework policies, redesign workspaces to increase collaboration areas to “ensure in-office time is valuable and effective,” and create a reservation system to coordinate in-office work.

Officials did not specify which agencies will be affected. Baker said in his email that “roughly half of the executive branch” had already made “a significant shift in how and where we work” during the pandemic “and that transition has been largely successful.”

According to the News Service, the state’s Administration and Finance Secretary Michael Heffernan told legislators earlier this week that the “Future of Work” plan would make hybrid telework the “default” for at least 20,000 state employees, who would come into the office some days and work remotely on others.

Baker told reporters during a press conference Thursday afternoon that he still thinks there is “an important element” to in-person work, but said that “a lot of people have learned that they can be enormously productive, without spending five days a week in the office.”

Baker’s office has also put out a “request for proposal” inviting contractors to complete a study on the implications of the larger post-pandemic shift toward remote work, from the state’s population size to the child care industry to transportation networks.

“There’s a million issues associated with this, which is why we’re trying to hire some more smart people to help us think about it,” Baker said. 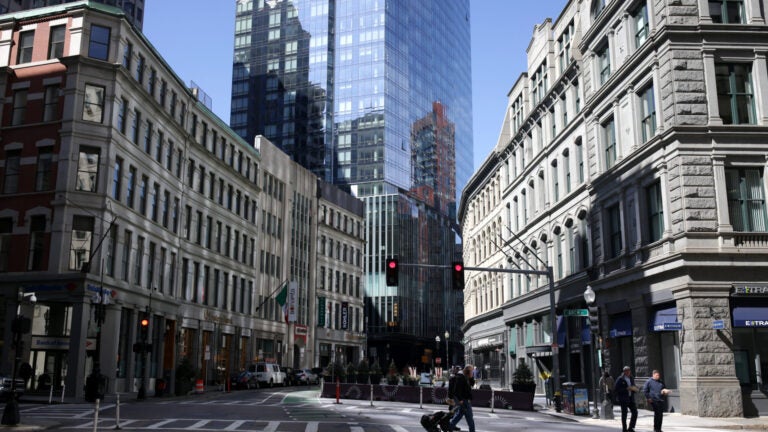 Return-to-office plans are set in motion, but virus uncertainty remains