That toilet paper shortage a year ago wasn’t much fun. Now, one industry is warning of a supply-demand imbalance for another household staple: eggs.

Don’t blame the COVID-19 pandemic this time. If eggs disappear from stores or skyrocket in price next January, as predicted by major egg producers, you can chalk it up to a quirk in Massachusetts law.

It all started with the state ballot question in 2016 to require cage-free eggs and other farm animal protections. Well, that wildly popular law is finally scheduled to take effect on Jan. 1, 2022. Thanks to the fine print, our definition of “cage-free” eggs differs from rules in any other state. Cage-free structures would need to provide for at least 1.5 square feet of space per egg-laying hen here, versus 1 square foot everywhere else.

For that reason, reps for egg producers and supermarkets have been pushing a bill to change the cage-free definition for multi-tier aviary systems, to bring it in line with other states. Guess what? The animal-rights proponents behind Question 3, the egg farmers’ erstwhile enemies, are on board. Without a fix, egg producers warn they may steer clear of Massachusetts.

Caught in the middle is state Attorney General Maura Healey, whose agency is charged with writing the rules. Her office in December 2019 asked the Legislature to fix this, in part by putting rules-making responsibilities with the state Department of Agriculture Resources — the state agency that knows a thing or two about farming — and by rewriting the law so it conforms with other states’ definitions. No luck.

Now Healey’s office finds itself on the wrong end of a lawsuit. The Humane Farming Association, a national animal rights group based in California, sued Healey in January, arguing the new cage-free regulations are more than a year overdue. Unlike the original animal-rights sponsors of Question 3, this group wants the 1.5-square-foot minimum to remain intact in Massachusetts, for the hens’ benefit.

The HFA stepped up the pressure on Friday by asking a Suffolk Superior Court judge to force Healey to write the new rules this month, or by an alternative date endorsed by the court.

Healey’s team held a virtual working session in February to bring together various interested parties. The comment letters rolled in, primarily from egg producers and their representatives. The Massachusetts Food Association, which lobbies for the state’s supermarket and grocery industry, asked to delay implementation of these rules until 2024, to give lawmakers more time to address the issue. (Healey’s office maintains it can’t budge from next January, without a change in state law.)

The Humane Farming Association, meanwhile, is accusing the AG of stalling, and acting in cahoots with egg producers and their lobbyists to back the 1-square-foot standard, and thus crowd 50 percent more hens into the same space.

Staffers in the AG’s office say they’ve held numerous meetings with stakeholders in the past two years. They hadn’t previously begun the formal rules-making process because they were waiting for the Legislature to act. Why go through a painstaking regulatory review, the thinking went, if lawmakers end up changing the underlying law? Plus, Healey once faced the real possibility of multi-state litigation to bring down Question 3, until the US Supreme Court declined to take the issue up in 2019.

Meanwhile, out-of-state businesses such as Hillandale Farms, the largest egg supplier for Massachusetts, anxiously await some finality. Hillandale has plowed $85 million into building cage-free aviary systems in Connecticut with a 1-square-foot standard in mind. Hillandale may choose to reduce its flock by one-third to comply with an unchanged Massachusetts standard, a drastic step its executives don’t want to take. Many other egg producers warn they could skip our state entirely.

So, should we brace for Egg-mageddon? There’s no way to know for sure. The pandemic sure taught us we shouldn’t take household staples for granted. It just happens to be a little tougher to stock up on eggs than toilet paper. 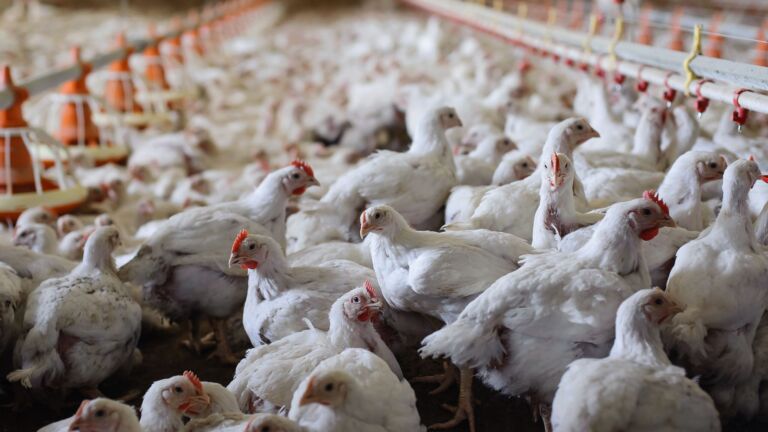