A Canton police cruiser hit a man who darted into the street while responding to a pedestrian crash early Friday evening, officials said.

Around 5:10 p.m., an officer, with his vehicle’s lights and sirens on, hit a man who appeared to have been jogging, according to Deputy Chief Helena Rafferty.

Chief Ken Berkowitz said in a press conference that the crash happened at the intersection of Pleasant and Washington Streets, less than a quarter-mile from the police station.

“As he was responding to this call . . . he went through an intersection with lights and siren on. All of a sudden a male darted out between two cars and was struck by the cruiser,” Berkowitz told reporters.

The man was brought to a Boston hospital and is conscious and alert, Rafferty said.

“Obviously our prayers and thoughts are with him and his family for a full recovery. And we’re also grateful that our officer, although shaken up, is okay,” Berkowitz said.

Since the crash involved a town police cruiser, State Police and detectives assigned to the Norfolk district attorney’s office will investigate the crash, Berkowitz said. 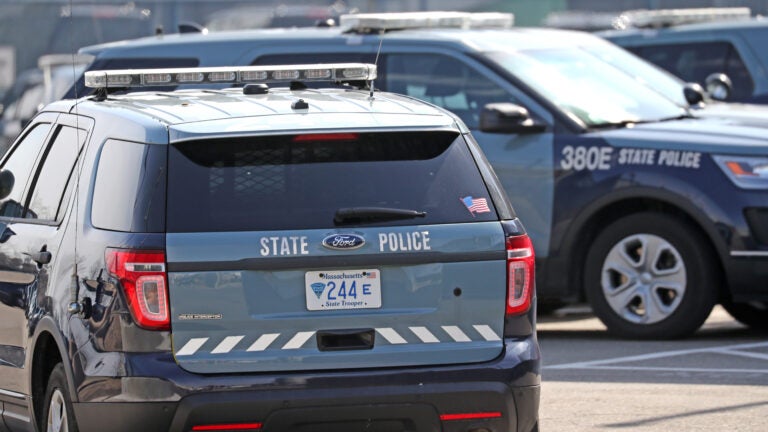