The Duxbury Board of Selectmen on Monday voted to reaffirm the town’s official commitment to inclusion and equity, as the community continues to grapple with the fallout from the use of anti-Semitic language by Duxbury High football players.

“As a community, Duxbury is shocked. We are shocked and we are deeply saddened by these events,” said Selectman Amy M. MacNab, who was elected chair of the panel at the top of the meeting. McNab apologized for holding the online meeting on the third night of Passover.

In response to the offensive language, the board unanimously readopted and reaffirmed a proclamation condemning discrimination that it had first approved under its previous leadership last month, when it was presented by Duxbury For All, an organization that promotes acceptance and racial understanding.

“The Duxbury Board of Selectmen is committed to ensuring that the town is a safe and welcoming community that embraces diversity, equity, and inclusion,” the proclamation read, in part. “We unequivocally condemn discrimination in all its forms.”

The board called Monday’s meeting in response to a letter Duxbury For All sent to the panel last week calling for a swift condemnation of the team’s use of terms related to Judiasm, which were reported after a March 12 game against Plymouth North.

At that game, Plymouth school officials heard Duxbury players using terms including “rabbi,” “dreidel,” and “Auschwitz” ― a World War II concentration camp at which the Nazis killed at least 1.1 million people. The town has hired an outside consultant to investigate.

Some who spoke during the meeting noted the hurt that this and other incidents had caused for Jewish residents.

“I am a Jewish woman married to a Chinese man, and we have raised three children in Duxbury,” said Karen Wong, a member of Duxbury For All’s steering committee.

Wong said her family had mostly had a positive experience, but it was painful to learn of the language used by football players at the same time the country is experiencing a rising tide of violence against Asian Americans.

“In the last week-plus I have fielded an unbelievable number of phone calls, e-mails, text messages from people in the Jewish community that are hurting,” she said, adding that “this was not an isolated incident.”

Christine Hill, who works as an admissions counselor at a private college, said she was “not at all surprised that this happened.”

“I have contacted the school in the past when my clients have been having issues — my Jewish clients in particular — with being mistreated in the school,” Hill said. “And not as much has been done as I would have liked. Really nothing.”

Earlier Monday, Superintendent John Antonucci told the Globe that the varsity, junior-varsity, and freshman football teams will not play their scheduled games this week. A decision on the Dragons’ final game of the season, scheduled for next week against rival Marshfield, had not been made, according to Antonucci.

Football players also will undergo the first of two mandatory diversity, equity, and inclusion workshops on Wednesday, with a program focused on the Holocaust, school officials said in a letter to players and families Monday. A second training, focused on “the role and the responsibilities of being an upstander,” will be held within two weeks.

Duxbury Public Schools on Wednesday fired head coach Dave Maimaron, who had headed the program since 2005.

Maimaron apologized for the offensive references in a statement last week. “The use of this language was careless, unnecessary, and most importantly hurtful on its face — inexcusable,” he said. 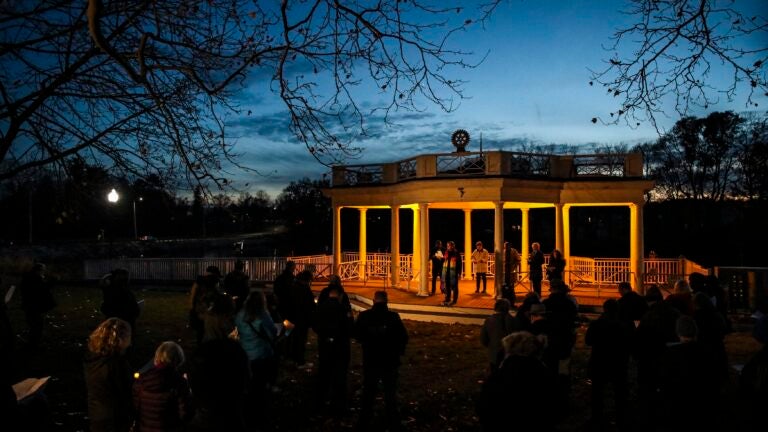