Some wildlife biologists in northern New England hope that increasing the number of moose taken by hunters this fall will help protect the herd from ticks and lead to healthier animals.

In Vermont, the state is planning to issue 100 permits for the October hunt, up from 55 last year and zero in 2019.

The moose herd in the region has been devastated by the ticks, which are believed to be more prevalent in the landscape because of the warming conditions the region has experienced over the past several years.

Studies have shown that since the arrival of the ticks, moose birth rates have remained low. In at least some areas, fewer than half of moose calves survive their first winter.

The idea behind increased hunting is that if there are fewer moose for the ticks to infect, it will reduce the number of ticks, leading to healthier moose.

“It’s counterintuitive,” said Mark Scott the director of wildlife for the Vermont Department of Fish and Wildlife. “What we have to do is lower the hosts for these ticks.”

Vermont’s moose hunt this year will be held in October in remote sections of Essex and Orleans counties in the northeast corner of the state, where they hope the 100 moose permits will lead to the harvest of about 50 to 60 animals. That would reduce the moose density in the area to less than one animal per square mile (2.6 square kilometers).

In Maine, biologists are proposing for this fall an “adaptive unit hunt” northwest of Baxter State Park. The creation of the special hunting zone would allow the state to collect data about winter ticks in an area with increased hunting, officials of the Maine Department of Inland Fisheries and Wildlife said.

“If we do indeed find that an increased harvest leads to lower winter tick levels and healthier moose, that information may allow for increased permit allocations in other areas of the state,” the department said in a statement.

New Hampshire is proposing 42 permits for this year, down from 51 last year.

Henry Jones, the moose project leader for the New Hampshire Department of Fish and Game, said there has been discussion about increasing permits to address ticks.

It could be beneficial in the northern part of the state, which has good habitat and moderate moose density but also limited population because of ticks.

“That strategy of lowering moose density to lower winter tick abundance is a sound strategy that would improve moose health,” Jones said. “The population is going to decline from winter ticks and, if you were to take more moose through hunting, it will result in healthier moose faster.”

But the state is not ready to implement the strategy.

In Vermont, moose hunting peaked in the mid-2000s when the herd peaked between 6,000 and 7,000 animals. Now the moose herd is estimated at about 2,300. Over the years, the number of moose permits declined until, in 2019, none were issued.

Moose hunting permits in all three states are distributed by lottery or through other specialized programs. 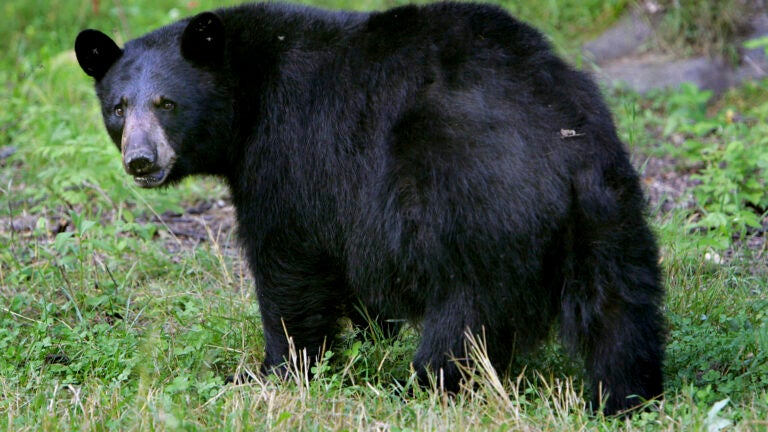