An online fundraiser is underway to support the family of a Dorchester grandmother who was killed in a shooting over the weekend.

Delois Brown, 73, was sitting on her front porch on Saturday evening near 19 Olney St. when she was struck by a stray bullet, officials say. The Dorchester resident was not the intended target and no arrests had been announced as of Monday morning.

“It’s absurd that a grandmother can’t sit on her porch on a beautiful spring day without the worry of gunfire,” acting Mayor Kim Janey said during a news conference at the scene on Saturday.

The 73-year-old’s daughter, Shirley Brown, told the Boston Globe she was on the porch with her mother and other family members when the shots rang out. The family was gathered for a cookout in the balmy April weather. 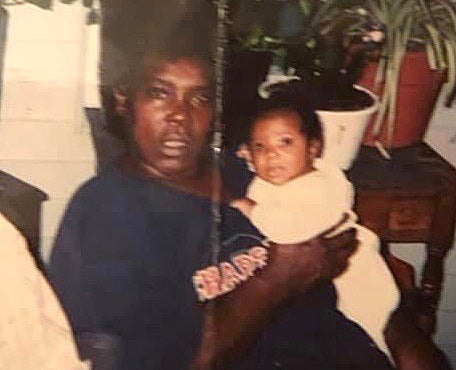 Delois Brown holds her granddaughter in this 2001 photo.

The 73-year-old’s 8-year-old great-granddaughter was among those who witnessed her shooting and death.

Brown told the newspaper her mother was a retired housekeeper who had worked at Newbury Junior College and was a pillar of the neighborhood, known as “Gigi” and “Grandma” by kids and “Ms. Brown” to others. The 73-year-old always looked out for her neighbors and provided a gentle, supportive presence to all those around her, including her 15 grandchildren and nine great-grandchildren, according to the Globe.

More than 100 people gathered near where Delois Brown died on Sunday evening for a candlelight vigil.

“She was and is still the best person I know,” Shirley Brown told the Globe. “I love her so much.”

A GoFundMe fundraiser was launched to help support the family and assist with funeral expenses. As of Monday morning, individuals had donated more than $7,000 to the fundraiser.

“This could have been any one of our families,” one donor wrote on the page. “When is it enough, please stop the violence.”

The 73-year-old is the city’s 10th homicide victim of the year.