The turtles were among 18 sent to the Institute for Marine Mammal Studies in December after being stranded in Massachusetts, WLOX-TV reports. The other 13 are still being rehabilitated.

More than 1,100 turtles were cold-stunned starting in the fall in New England, where experts say climate change is contributing to such events. Many thousands were cold-stunned off of Texas in February by the winter storm that killed at least 20 people from Texas to the East Coast.

The turtles were sent to many different facilities for rehabilitation. Thirteen Kemp’s ridley sea turtles were released into the Gulf of Mexico last month at Grand Isle in Louisiana after being cared for at the Audubon Nature Institute.

Sea turtles get cold-stunned and lethargic when the water around them chills down so fast they can’t swim to warmer waters. The cold alone can kill them. It can also lead to pneumonia, shock and frostbite.

When the turtles arrived at the Institute for Marine Mammal Studies, they were suffering from pneumonia.

“A hatchling has a one in 10 chance of becoming an adult. So, saving an adult is really helping these long-lived species. And, so, every adult that we save will help in the restoration of the species,” the Institute for Marine Mammal Studies Executive Director Dr. Moby Solangi told WLOX-TV.

The turtles were cheered on Thursday by a crowd of 150 who gathered to see them released into the Mississippi Sound. Among them was Mississippi House of Representatives Speaker Philip Gunn, who helped usher the turtles into the waters of the Gulf. 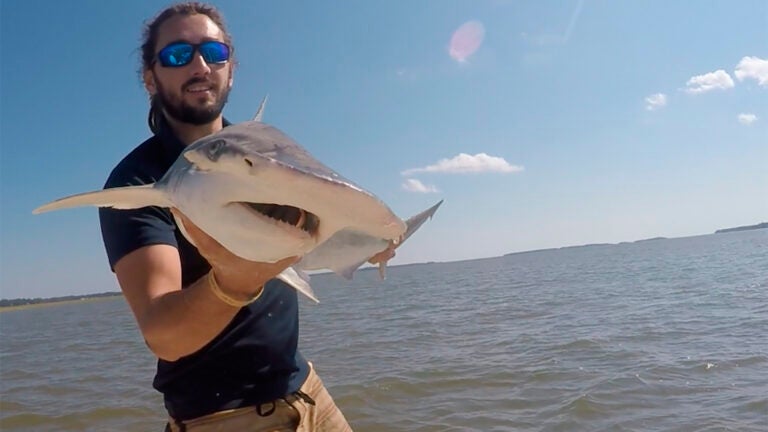 Sharks use Earth's magnetic field as a GPS, scientists say