Joseph Birolini, 23, of Hanson, was pronounced dead at South Shore Hospital from injuries he suffered in the crash that occurred just before 1 a.m. on Elm Street, the Plymouth district attorney’s office said Sunday.

William Hickey, 23, of Pembroke, the driver of the Lexus SUV, died from his injuries at the hospital at 3:15 p.m. Saturday, the DA’s office said. News of the former hockey stars’ deaths stunned school officials and youth hockey teams in the town south of Boston. Late Saturday, educators and former coaches posted remembrances on social media. A roadside memorial near the crash scene near Mountain Ash Road continued to draw mourners.

Birolini and Hickey had graduated five years ago, Principal Marc Talbot wrote in a tweet.

“Our hearts are heavy today, as we mourn the passing of two tremendous Titans,” Talbot wrote. “Joe and Billy touched so many of our students and staff.”

“It is with great sadness to share that we have lost 2 amazing Pembroke young men as a result of a tragic car accident in our town early this morning,” the team said in the post.

The Pembroke High School hockey team shared links on its Twitter feed to two GoFundMe pages created to support the families of each of the men.

“We lost two outstanding young men today who positively impacted everyone around them,” the team wrote in a tweet. “Our condolences to the Birolini and Hickey families. Please keep them in your thoughts and prayers.”

Police found the car, a 2012 Lexus SUV, flipped over near a utility pole near Elm Street and Marsh Lane just before 1 a.m.

Plymouth District Attorney Timothy Cruz, whose office is investigating the crash, said Hickey was driving east-southeast on Elm Street when his SUV crossed into the opposite lane, veered off the road, hit a tree and rolled over before hitting a utility pole.

Pembroke police officers and firefighters found Hickey outside of the car and Birolini, the passenger, trapped inside. They were both taken to South Shore Hospital, where they died of their injuries, Cruz said.

“Preliminary, the investigation indicates that speed and inclement weather may have been factors” in the crash, Cruz said in a statement. 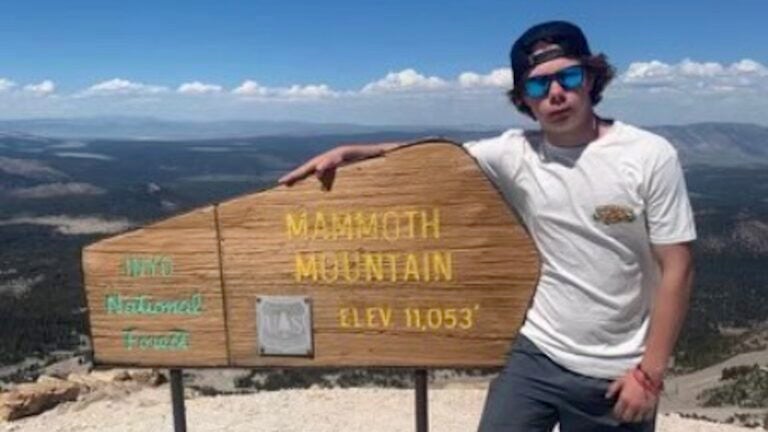