Acting Mayor Kim Janey said Tuesday that Boston police leaders failed to fulfill their obligations when they did not take further action against accused child molester and former Boston police officer Patrick Rose, Sr. when allegations against him first arose over 25 years ago.

“Based on a review of former officer Rose’s internal affairs file conducted by the City’s Law Department, it is clear that previous leaders of the police department neglected their duty to protect and serve,” Janey said in a statement. “Despite an internal affairs investigation in 1996 that found credible evidence to sustain the allegation against Rose for sexually assaulting a minor, it appears that the police department made no attempt to fire him.”

Her remarks came as her administration released the long-sought-after internal affairs file for Rose, a former police union president who is now accused of molesting six children.

What was released of the file, made available Tuesday afternoon, shows internal investigators determined there was sufficient evidence to support the 1995 allegations that Rose sexually assaulted a 12-year-old child.

Rose was on administrative duty but eventually was returned to full duty after a Boston Police Patrolmen’s Association attorney said the union was considering filing a grievance over Rose’s restricted duties.

Paul Evans, who served as the Boston police commissioner at the time, called on the city to release Rose’s full internal affairs file in a statement with former Superintendent Ann Marie Doherty later Tuesday night, according to The Boston Globe. The statement says files that were not released will show the department did everything it could in the case.

“We believed at the time, and we still believe, that everything that could be done by the Boston Police Department was done in this matter to hold Rose accountable,” the statement said.

“In releasing a redacted version of former Boston Police Officer Patrick Rose’s internal affairs file today, we seek to provide transparency and accountability around the internal affairs process in 1996, while upholding our legal obligation to protect the identities of victims of sexual violence and our moral responsibility to avoid retraumatizing them. In light of this goal, we are providing as much information to the public as possible about the circumstances surrounding the internal affairs investigation and how leadership at the time responded to the findings.

“Based on a review of former officer Rose’s internal affairs file conducted by the City’s Law Department, it is clear that previous leaders of the police department neglected their duty to protect and serve. Despite an internal affairs investigation in 1996 that found credible evidence to sustain the allegation against Rose for sexually assaulting a minor, it appears that the police department made no attempt to fire him.

“It is deeply unsettling and entirely unacceptable that Rose remained on the force for two decades and eventually became the president of the Boston Police Patrolmen’s Association. What’s more, Rose was allowed to have contact with young victims of sexual assault during the course of his career, and we now know that he allegedly went on to assault several other children.

“His alleged behavior is disgusting, and the apparent lack of leadership shown by the department at the time is extremely troubling. This culture of secrecy cannot be tolerated. When members of law enforcement violate their sacred duty to protect and serve the community, we have no choice but to expose their misconduct and attempt to rebuild trust.

“That work is among the highest priorities for Stephanie Everett when she begins her role as Executive Director of the newly created Office of Police Accountability and Transparency (OPAT) on May 3. I have asked Attorney Everett to investigate the process followed in this case. Within 45 days, she will deliver a plan for review and, as necessary, for reform of the police department’s internal affairs procedures. We will not shy away from using the powers of OPAT to address any other concerning cases that may come to light with the urgency they deserve.

“I stand together in solidarity with the survivor community, and as Mayor I pledge to do everything in my power to make sure this never happens again.” 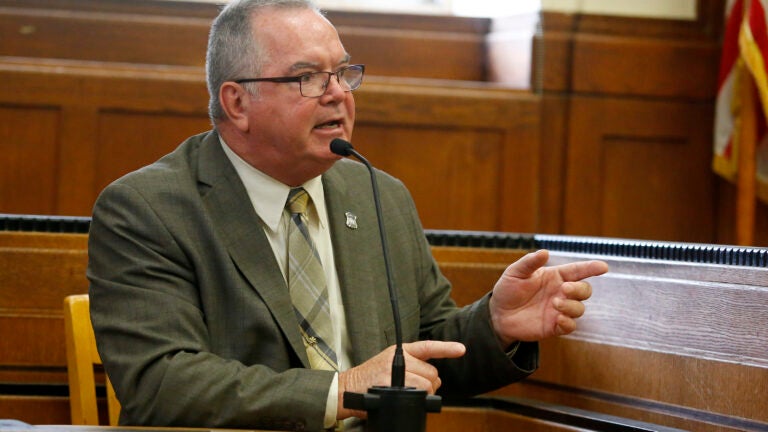