A five-alarm fire broke out at a Hyannis hotel Sunday afternoon, The Cape Cod Times reports.

Hyannis fire chief Peter Burke told the Times that the fire started in the walls between two rooms at Hyannis Harbor Hotel at 213 Ocean Street before spreading up to the second floor and the attic. He said 55 firefighters from across the Cape responded to the fire.

Video footage from HyannisNews.com showed thick windswept smoke billowing across the parking lot and into the street as firefighters tackled the blaze.

The Red Cross of Massachusetts wrote that some amount of adults and children are reportedly displaced. No injuries are reported. The cause of the fire and the extent of its damage are under investigation. 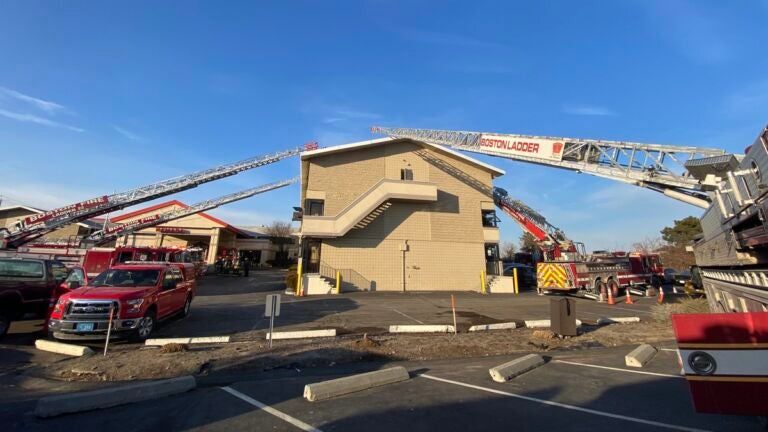