A Stoughton man who admitted cutting the brake lines of an ex-girlfriend’s car was arrested in Brockton Wednesday with a fully automatic AR-15 assault-style rifle, a .40 caliber Glock pistol, and 345 rounds of ammunition as a months long investigation by the Joint Terrorism Task Force came to an end, federal court records show.

Michael R. Moura was arrested in the parking lot of Westgate Mall Wednesday after having the last of several meetings with undercover law enforcement officers working for the task force based in the FBI’s Boston office, according to an affidavit by FBI Special Agent Jay M. Lynch. During a series of encounters over the telephone, via text, and in person, the 27-year-old Moura allegedly interacted with four different undercover law enforcement officers starting in May 2020 when he asked one of them for help in illegally obtaining a firearm.

Moura was not eligible under state law to legally possess a firearm after he pleaded guilty to 34 counts of violating a harassment prevention order in Winchendon District Court last April. A woman obtained the order after Moura, using an alias, promised to rape and murder her, and also cut the brake lines on her car when she was attending a concert in Worcester, Lynch wrote.

Moura was ordered to serve 166 days behind bars last April, and one month later, he made contact with an undercover law enforcement officer posing as a gun dealer. Moura said he wanted to buy a gun when he got out of prison, and once freed he allegedly shuttled $260,000 in counterfeit money provided by the FBI from Greater Boston to New York and Rhode Island, Lynch wrote.

The undercover law enforcement officer posing as a gun dealer offered to sell Moura both a Glock-22 .40 caliber pistol and an AR-15, which is a civilian version of the US military’s M-16 assault rifle, according to the FBI.

During the negotiations over the price for the rifle, which is available only in semi-automatic capability in the civilian market, Moura enthusiastically agreed to buy a version capable of firing rounds without halt until the weapon’s magazine is exhausted, the FBI alleges in court papers.

“I’ll do you one for $600,’’ the undercover law enforcement officer texted with the asking price for an AR-15 he claimed to have obtained from source in Virginia Beach, Virginia.

“On the AR, do you want it to go pew pew pew. Or BRRRRRRT,” the agent texted.

Moura was also told the AR-15 would be ready to “full rock and roll” and was told a second time the weapon would generate a “BRRRRTTTT” sound when fired as it was fully automatic, Lynch wrote. “Moura showed he understood the officer’s question and wanted a fully automatic weapon,” Lynch wrote.

The sale was arranged to take place Wednesday morning at the Brockton shopping mall. Moura allegedly got into an undercover agent’s car and was shown both the Glock and the AR-15. He was also allegedly shown which switch to throw on the rifle to turn it into a fully automatic weapon, Lynch wrote.

Both weapons were stashed in a black hockey equipment bag that Moura transferred to his car before returning to the undercover agent’s vehicle so he could withdraw cash from a nearby ATM to complete his payments, Lynch wrote. During the ride, Moura allegedly outlined his reasons for buying the weapons and the hundreds of rounds of ammunition.

He allegedly told the undercover agent that he was “ ‘trying to stockpile as much as I can because with this [expletive] administration you don’t know what the [expletive] is going to happen. I don’t want to be on a list, you know what I mean, because when they try and confiscate guns, like, it’s all those people.’ ”

Moura was scheduled to make his initial appearance in US District Court in Boston Thursday. 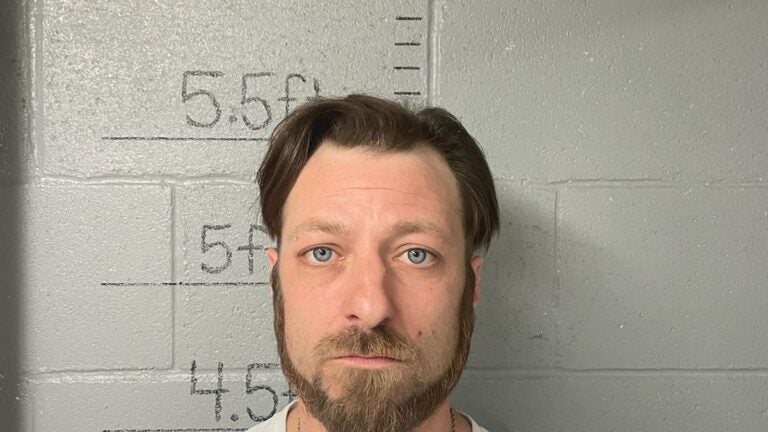