GOSHEN, Conn. (AP) — Three people were hospitalized after a car struck and killed a pregnant moose in Connecticut, police said.

The accident happened shortly after 9:30 p.m. Saturday in the town of Goshen, police said.

State police said a 2011 Subaru was traveling north on Route 272 when a moose appeared in the roadway, causing the car to strike it.

The moose, who was pregnant, was killed, police said. The driver and two passengers were taken to Charlotte Hungerford Hospital in Torrington with minor injuries. Two additional passengers did not require hospitalization.

The car was towed from the scene. 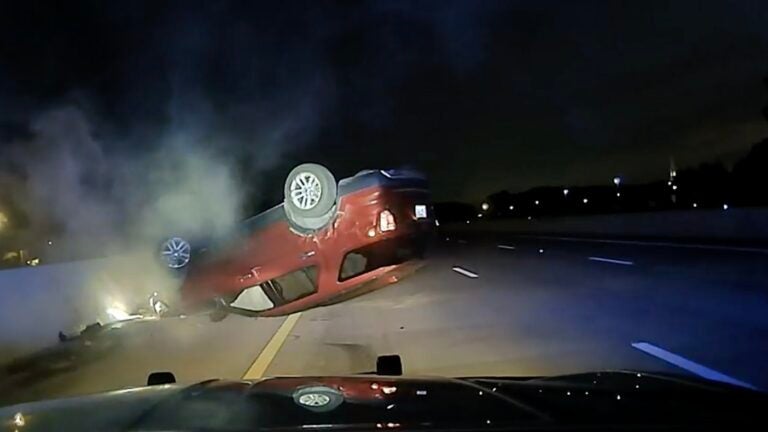