The Hopkinton Select Board is calling for peace and respect at a planned vigil and rally set for Thursday for Mikayla Miller, a 16-year-old girl whose death and its subsequent investigation has fueled allegations as prosecutors continue their probe.

In a statement read aloud by Chair Brendan Tedstone during an emergency board meeting Tuesday night, board members called Mikayla’s death a tragedy, adding that the town “must not forget a vibrant and valued 16-year-old member of the Hopkinton community is no longer with us.”

Tedstone’s remarks followed an hour-long executive session during which board members met with Hopkinton Police Chief Joseph Bennett to discuss security for the upcoming event.

Organizers of Thursday’s demonstration say they intend to call on Middlesex County District Attorney Marian Ryan’s office to release more information about what happened to Mikayla, whose body was found off a walking path in town on April 18.

Calvina Strothers, Mikayla’s mother, told The Boston Globe she was initially told by authorities that her daughter’s death was a suicide.

Strothers has also alleged Hopkinton police have withheld information from her and have been hostile toward her.

Investigators are still waiting for the medical examiner to determine Mikayla’s manner and cause of death as well as for results of forensic testing on “samples and items,” Ryan said at a press conference Tuesday.

Select Board chair: ‘By implying some of these, these wretched implications, it has turned our town into a circus’

At the press conference, Ryan disclosed a timeline of events leading up to Mikayla’s death and adamantly denied allegations her office has “neglected” the case or “is engaged in some sort of cover-up” because Mikayla was Black or because she was a member of the LGBTQIA community.

Ryan, speaking to the Select Board later that night, vowed to make available online every piece of evidence in the case that she can, with the permission of Mikayla’s family, once the investigation is complete.

“I understand that when we say to people, ‘This is open and active,’ it is asking an extraordinary amount from people,” Ryan said. “But to be clear, there has been no cover up here, and premature conclusions don’t serve anyone. They certainly don’t serve Mikayla, they don’t serve Mikayla’s family, and really should be avoided by the same logic in which we ask people to wait till we get there.”

“As all of our board members have said, this is a tragedy. Nothing is going to bring Mikayla back — nothing. But by implying some of these, these wretched implications, it has turned our town into a circus,” Tedstone said. “And I don’t think that that is anything that Mikayla would want. I don’t think that that’s anything that her parents would want.”

Tedstone went on to say that the fact Hopkinton became the center of attention because of the allegations “hurts me to the core.”

“I want to respect her and respect her family, and I just want to say to everybody who’s out there: Speculation isn’t going to help and it doesn’t help, and rumor and innuendo don’t help either,” LaFreniere said. “So, this investigation is going on and please refrain from opinions until it has ended.”

On Tuesday, Ryan said she had “clearly heard” the allegation that race played a role in an altercation that occurred the evening before Mikayla’s body was found but said, at this point, there is no evidence — “positive or negative” — to support that. Mikayla’s death has also been referred to as a “murder” and “lynching” on social media; however, Ryan stressed Tuesday that authorities are still waiting on her manner and cause of death.

“We know that everyone would like to have the answers as to what happened with Mikayla,” she said. “We know it is difficult to wait for those answers.”

Hopkinton police chief: Our ‘most heartfelt thoughts go out to her family and all those who care for her’

Bennett released a statement following the board meeting, in which he expressed the police department’s “most heartfelt thoughts go out to her family and all those who care for her.”

Bennett said the department will continue working on the case with the district attorney’s office and Massachusetts State Police.

“Mikayla Miller deserved to grow old,” Pressley said in a tweet. “She had so many basketball games, road trips and HBCU homecomings ahead of her. She deserved childhood — uninterrupted.”

Mikayla Miller deserved to grow old. She had so many basketball games, road trips and HBCU homecomings ahead of her. She deserved childhood — uninterrupted.

There needs to be a full, transparent, independent investigation into her death.

Congressman Jake Auchincloss, whose district includes areas of Hopkinton, said he spoke with Ryan, who “emphasized her intent to ascertain the facts and pursue justice in a transparent and expeditious manner.”

“As we wait for the investigation to unfold, I join our community in grieving and hope that we can help her family find the peace they deserve,” he said on social media.

As we wait for the investigation to unfold, I join our community in grieving and hope that we can help her family find the peace they deserve. (2/2) 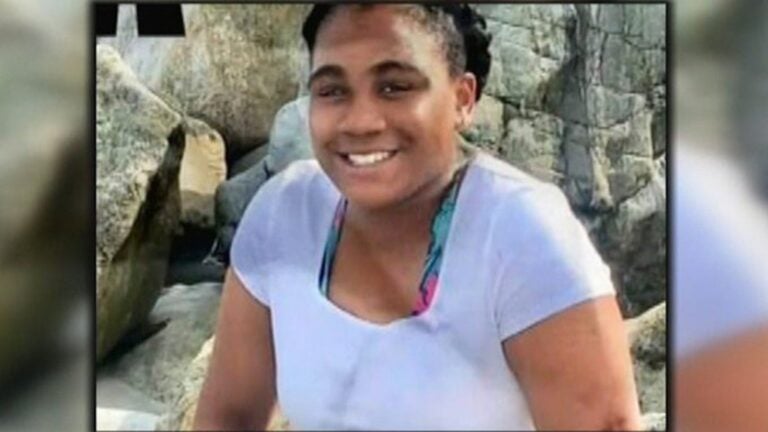