The family of a man shot and killed by police in Brookline last year following an incident outside of Brigham and Women’s Hospital is raising questions as to if one of the police officers involved told the truth about not wearing a body camera.

Documents filed in federal court as part of a wrongful death lawsuit by Juston Root’s family indicate that Boston Police Officer David Godin told investigators both verbally and in a statement that he was not wearing a body camera during the incident. However, lawyers representing the family say that video footage from the deadly Feb. 7 incident shows the officer wearing one.

Root, 41, of Mattapan, had a history of mental illness and would sometimes go into crisis, his sister, Jennifer Root Bannon, told Boston.com in a past interview. He was going to see his therapist the day he died, and he allegedly displayed a weapon outside of the hospital, where he encountered Godin, who fired his service weapon. A car chase ensued into Brookline. There, Root was shot 26 times outside a shopping plaza by Godin and five other officers after he allegedly reached inside his jacket for what was later found to be a BB gun. Norfolk District Attorney Michael Morrissey determined the shooting was justified.

Last August, Root’s family filed the lawsuit against the Boston police officers and a state trooper involved, as well as the City of Boston. The question over Godin’s body cam footage is a new motion in the suit.

Screenshots of video footage from the incident from the Root family’s lawyers appear to show a body camera attached to Godin’s chest just after the fatal shooting, according to The Boston Globe. Footage of what happened that day has been released from other body cameras, but not from Godin’s.

“I was not wearing my (body-worn camera) during either the vehicle pursuit or the Chestnut Hill shooting, and did not activate it at any time,” Godin reportedly said at the time, according to the newspaper.

Just after the shooting, Godin appears to take something from his chest and throw it into a cruiser, the Globe reports. In the subsequent footage, a holder for a body camera can reportedly be seen on Godin’s chest, but not the camera itself.

Spokesmen for the Boston Police Department and the City of Boston, as well as Godin via the police spokesman, declined to comment to the newspaper citing the ongoing lawsuit.

Aftermath of the shooting

Following Root’s death, his family has pushed for the police to be held accountable for their treatment of Root that day.

In the lawsuit, the family alleges that Root was kicked to the ground by police and that no one tried to assess him. They also allege that the officers congratulated themselves after Root died. 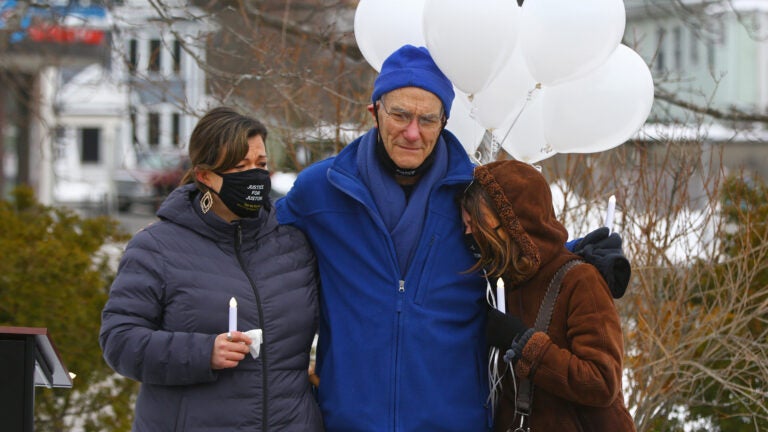