Boston College students heading for graduation later this month will be allowed to invite at least one guest to the in-person ceremonies, the school announced this week, shifting away from its original plan that limited attendance to graduates.

Under the college’s new plan, approved Wednesday by the Boston Public Health Commission and Boston Licensing Board, undergraduates can invite two guests and graduate students may invite one guest, the school said in its announcement Thursday.

Guests will be able to attend the Baccalaureate Mass on May 23 as well as the main graduation ceremony on May 24 at Alumni Stadium, the school said. Graduate students will also have individual ceremonies for their specific schools on May 23. The Law School’s graduation ceremony is scheduled for May 28.

In April, the school announced it would hold commencement ceremonies at Alumni Stadium with attendance limited to graduates, trustees, senior administrators, honorary degree recipients, and faculty marshals. But last week — after Gov. Charlie Baker announced plans to ease some COVID-19 restrictions, including increasing capacity at outdoor stadiums from 12 percent to 25 percent beginning Monday — the university says it submitted its new proposal and was given the green light.

Attendees at Boston College will still be required to wear face coverings during indoor and outdoor events while maintaining social distance, the university said, and must complete a health attestation to register.

The main graduation and individual school ceremonies will also be available to watch via live stream on YouTube.

Boston College is among a number of area universities putting a limit on attendees so they can hold a ceremony in person. Northeastern University held its undergraduate ceremonies on Saturday at Fenway Park where each graduate was allowed one guest, followed by two more ceremonies for graduate students and law school students on Sunday. Boston University is holding two in-person ceremonies on May 16 at Nickerson Field, but attendance is restricted to graduating seniors and advanced degree recipients, as well as “a small platform party,” that will include deans, administrators, and honorary degree recipients. 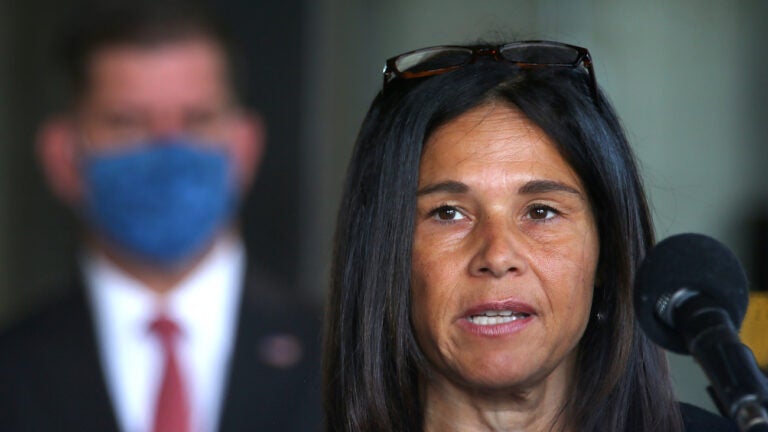