The new Red and Orange line MBTA cars will stay off the tracks after engineers found a manufacturing problem that may have led to an Orange Line derailment in March.

“As we were going through the investigation [of the derailment], it did become clear to us that there was something acting abnormally with the vehicles themselves,” MBTA Deputy General Manager Jeff Gonneville said at a board meeting Monday.

Gonneville said it’s taken months to identify the problem in the CRRC-produced cars because the agency had to develop a test rig at Wellington Station. The rig calculates the force on a new car’s truck frame — the chassis beneath the subway car — as it turns.

He said testing showed that the truck frames need more force to turn the longer they travel, which is not as designed.

He attributed the problem to pads installed on the truck frames to regulate the force on the truck as it turns.

“The phenomenon that we’re basically seeing is that as the pads are wearing down, the coefficient of friction of those pads are increasing. Essentially, they are gripping more as the pads are beginning to wear,” he said.

Gonneville compared the problem to faulty brake pads in a car: Imagine if your brake pads used more force on your car’s rotors the more you drove it, forcing your car to stop faster than intended instead of performing the same way each time you drive.

The pads on the new MBTA trains assist with turning, not with braking, but it’s the same fundamental problem. They’re introducing unintended resistance to the truck frames as they age.

“We are still waiting for the results of the tests… to determine exactly why this is happening,” Gonneville said.

He said the new trains will remain out of service until engineers can confirm that the pads are the root cause of the problem and start making revisions. An update on the reintroduction of the cars is expected in June.

It’s yet another setback in the MBTA’s effort to completely replace the aging fleets on the Red and Orange Lines. The project has been beset by delay after delay, and the new Orange Line trains were pulled from service three times between September 2019 and March 2020. 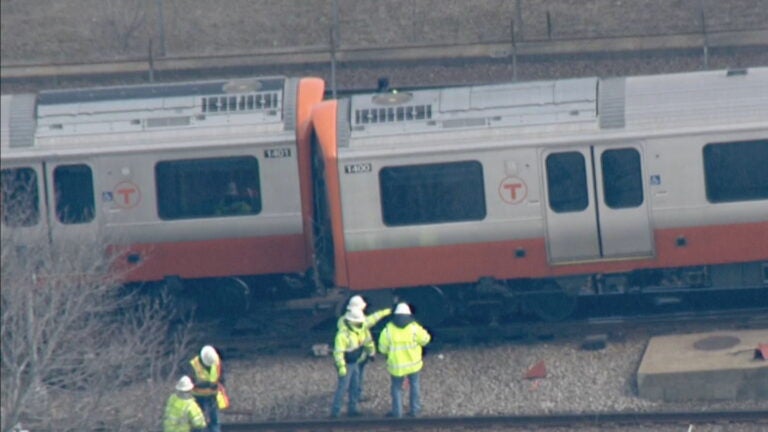