BOSTON (AP) — A key player in Massachusetts’ response to the coronavirus pandemic announced Thursday that she is stepping down.

Dr. Monica Bharel, commissioner of the Department of Public Health, is resigning effective June 18, according to a statement from the Executive Office of Health and Human Services.

No reason was given.

“After serving in this role for more than six years, which is longer than any Public Health Commissioner has served in nearly a quarter of a century, it is the right time to begin a new chapter,” Bharel said in the statement.

Bharel, a primary care physician with more than 20 years of clinical experience, was appointed by Gov. Charlie Baker in February 2015.

During that time she has overseen the state’s response to several public health crises, including the opioid epidemic, vaping-associated lung disease, and mosquito-borne illness like eastern equine encephalitis.

During the early days of the coronavirus pandemic in March 2020, Bharel disclosed that she had tested positive for the coronavirus despite being “vigilant” about practicing social distancing, but she suffered only mild symptoms.

“Commissioner Bharel’s steadfast work ethic and commitment to health equity has made a lasting impact on hundreds of thousands of residents of the Commonwealth,” Health and Human Services Secretary Marylou Sudders said. “Her tireless advocacy for the public health of all residents helped the administration navigate the darkest days of the COVID-19 pandemic with compassion.”

During her time, Massachusetts became the first state in the nation to control access to vaping products and tobacco flavors, including menthol.

The state has also maintained the highest childhood vaccination rate in the country since 2019, the agency said.

The state also launched several initiatives to address the opioid epidemic, including the Prescription Drug Monitoring Program that has helped decrease opioid prescriptions by 45%.

The department has also addressed gun violence, lead poisoning and medical marijuana during her tenure. 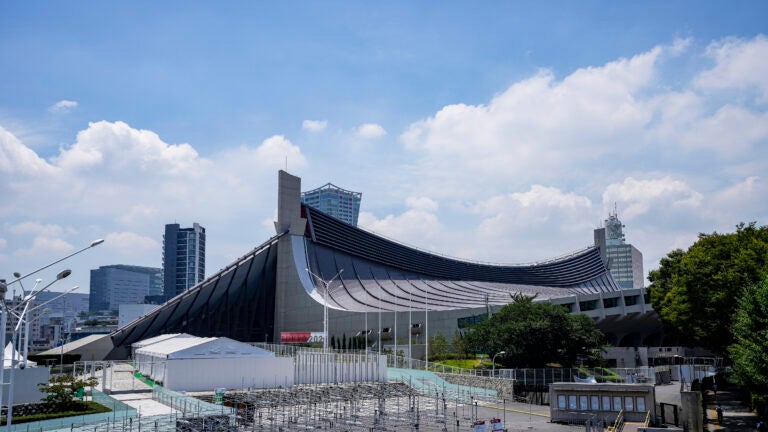 As the Tokyo Games open, can the Olympic flame burn away the funk?