A 28-year-old scooter operator who drove in the wrong direction on I-95 and I-93 Thursday morning before being apprehended by police in Medford reportedly had a knife and had threatened to hurt himself, according to state police.

State police began following the man on Route 114 east but did not turn their lights on or make it seem like they were pursuing him, they said.

“He was driving very erratically,” David Procopio, a state police spokesman, said in an email, describing the delicate nature of the situation. “We did not pursue because of his condition but followed in a manner attempting to not escalate the situation but resolve it safely and protect other motorists.”

The operator drove into Middleton and would drive on the wrong side of the road at times, according to police.

“[Massachusetts State Police] patrols continued to not pursue but positioned themselves in a manner so as to protect other motorists,” state police said. “State and local cruisers also blocked intersections and side streets to prevent collisions.”

Authorities continued to follow the scooter to Route 28 in Stoneham, then I-93. A state police helicopter watched him from above.

The man then got off the highway and onto Mystic Avenue in Medford, where he stopped around 10:50 a.m. He was taken to Massachusetts General Hospital to be evaluated, police said. Two vehicles, a state police cruiser and a person vehicle, were damaged during the incident.

The incident was caught on camera by multiple local news stations: 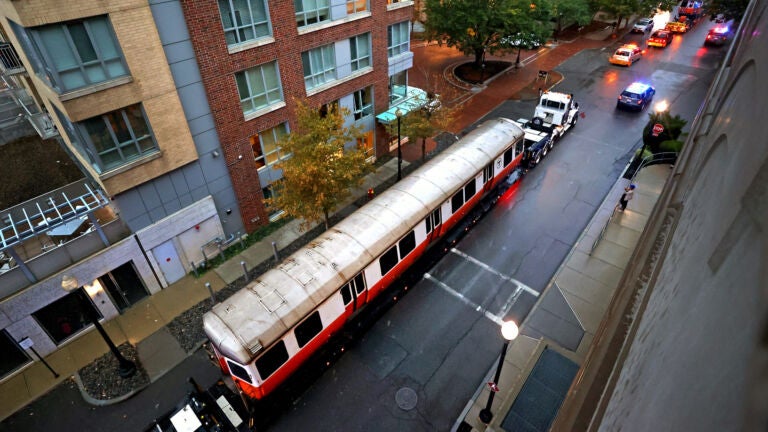