A deadly crash involving a Corvette and a tractor-trailer on I-495 in Andover late Monday night was one of several fatal crashes over the holiday weekend.

In the Andover crash, state police say that around 11:20 p.m. an adult man, whose identity has not been released as authorities work to notify his family, was driving a 2014 Chevrolet Corvette on the southbound side of the highway when he reportedly lost control of the vehicle, struck another vehicle, and then went under a tractor-trailer on the same side of the highway.

The man was pronounced dead at the scene, and the right lane of the highway was closed for a time while authorities were on scene.

On Sunday, a Toyota Camry operated by a 37-year-old Needham man hit the guardrail on the right around 8:45 p.m. and then struck a Cadillac Escalade SUV driven by a 73-year-old Boxford man.

The Camry driver was removed from the vehicle and brought to a nearby hospital, where he was pronounced dead, according to The Boston Globe. The 73-year-old man sustained minor injuries, and two juvenile passengers were also transported to be evaluated.

There was another fatal crash Sunday on Sandwich Road in Bourne involving a car and a tractor-trailer. Early Monday, a woman died when the car she was operating hit a parked car, a tree, and then the front porch of a home. 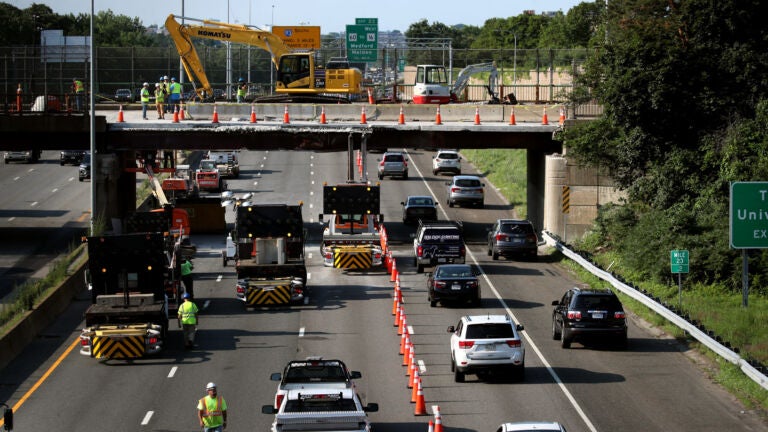