The Boston Harbor Islands are getting national attention — and not for the better.

Along with aging buildings and civil rights landmarks, the Boston Harbor Islands were listed among the 11 most endangered historic places in the United States in a report released Thursday by the National Trust for Historic Preservation.

It’s the first time the harbor islands have been included on the Washington, D.C. nonprofit’s annual list, which dates back to 1988. The National Trust cited the erosion of the islands caused by sea level rise and intensifying storm surges due to climate change.

Joe Bagley, the city archeologist for Boston, told The Boston Globe that some of the islands are eroding as much as three feet a year, threatening Boston Light, the country’s oldest lighthouse, as well as sacred ground that was inhabited by Native Americans for thousand of years.

Kathy Abbott, the president of Boston Harbor Now, told the Globe that, at the current rate, the islands will be reduced and “occasionally overtopped by storms.”

“They will shrink in size and probably in height,” Abbott said.

The harbor islands, which consist of 34 islands and peninsulas, currently have protected status as a state park and national recreation area. However, the National Trust said that more attention, funding for mitigation efforts and archaeological studies, and “strategies to document and protect historic and natural resources from climate-related storm surges” are necessary to protest the islands “before their stories are lost.”

Some of that work is already underway.

Bagley is leading a team that recently received a $100,000 grant from Boston’s Community Preservation Committee to work on an archaeological climate action plan for the islands. The effort will focus on surveying the most vulnerable archaeological sites and then work to preserve their cultural significance, ecological importance, and public enjoyment.

After finishing five neighborhood plans for the areas of Boston most prone to flooding, Bagley said in a statement last week that the project is “an opportunity for the City of Boston to expand our climate resilience planning from our mainland to the harbor islands.” 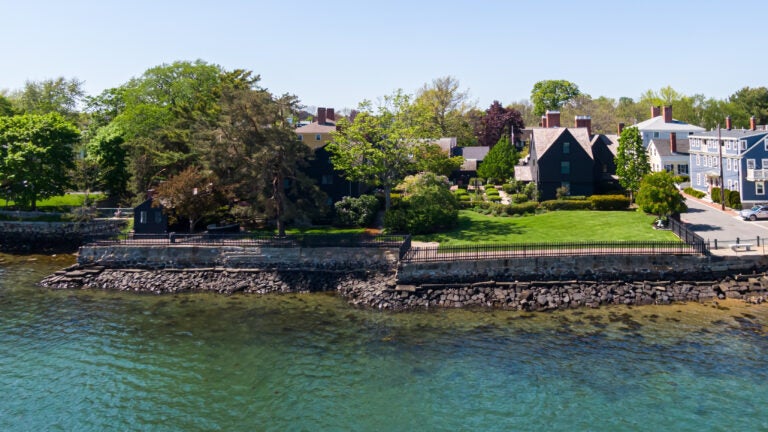