The Animal Rescue League of Boston is seeking information about a paralyzed dog that was found abandoned at a South End park in late April.

The dog, a female French Bulldog who was about 3 years old and nicknamed “French Fry,” was found just outside the dog park area at Peters Park, according to the rescue league. Witnesses told the nonprofit’s Law Enforcement Department that a man and woman were seen with the dog for a short time before they walked away from her.

A good Samaritan found the paralyzed pup and brought her to a local veterinary clinic for examination. At the clinic, it was confirmed that she had hind-limb paralysis, was dehydrated, was suffering from hemorrhaging in her left eye, and had an elevated body temperature.

The dog was brought to a veterinary hospital for a neurological exam and MRI, which revealed intervertebral disc disease (IVDD), which can be common in French Bulldogs, according to the agency.

“Given the severity of the disease and the further possibly life-threatening complications which may have developed, surgery was not an option for French Fry, and the decision for humane euthanasia was made in order to end her suffering,” the Animal Rescue League said in a statement.

The agency’s Law Enforcement Department has obtained surveillance video of the area where she was abandoned and is currently trying to identify the dog’s owners. Since the couple were wearing masks at the time, witnesses have so far been unable to describe any identifying features.

“While the dog’s condition was deemed genetic, abandoning an animal is a felony in Massachusetts, punishable by up to 7 years in jail and a $5,000 fine,” the Animal Rescue League wrote. “ARL understands that dealing with medical issues with pets can be financially and emotionally overwhelming. With options and resources available, including animal surrender, no animal should ever be abandoned.”

Anyone who recognizes French Fry is being asked to contact the agency’s Law Enforcement Department at 617-426-9170 x110, or email [email protected]. 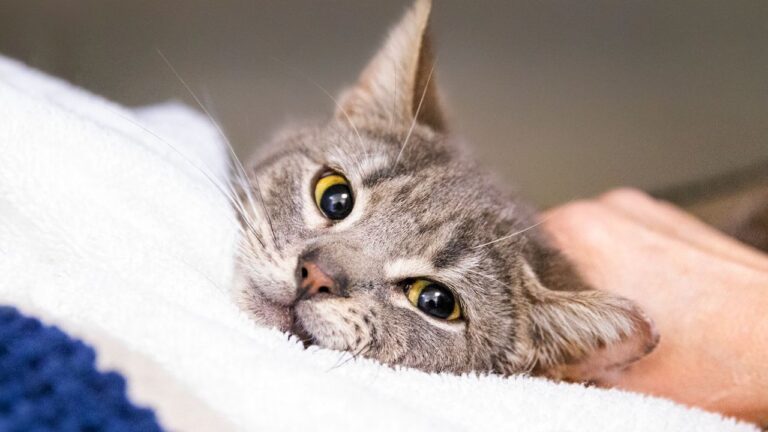