WORCESTER, Mass. (AP) — A Massachusetts police officer who drowned trying to save a teenager at a pond was honored with a procession by his fellow officers Saturday morning.

The procession of police vehicles from across Massachusetts accompanied the body of Worcester Police Officer Enmanuel “Manny” Familia as it was taken from the UMass Memorial Medical Center in Worcester to the state medical examiner’s office in Westfield.

The 38-year-old Familia was one of five officers who entered the water at Green Hill Park, the city’s largest, on Friday afternoon to try and save a drowning teenager.

Familia and the 14-year-old teen were later located by divers and rushed to the hospital, where they were pronounced dead.

The teen hasn’t been identified by police, but family members said his name was Troy Love.

Joseph Guy, Love’s 21-year-old brother, told NBC Boston that his sibling knew how to swim and had been trying to swim across the pond.

But he said Love started having trouble in the middle of the pond and called for help. Guy said he and Love’s girlfriend jumped into the water to try to rescue him but he went underwater.

He’d also served as a campus police officer at Quinsigamond Community College and Clark University before joining the Worcester police.

“This is the type of person Manny was; someone who would lay down his life for someone else’s child,” Worcester Mayor Joseph Petty said Friday.

“We will remember and honor his selfless devotion to Worcester and his ultimate sacrifice to save someone he didn’t know,” he said. 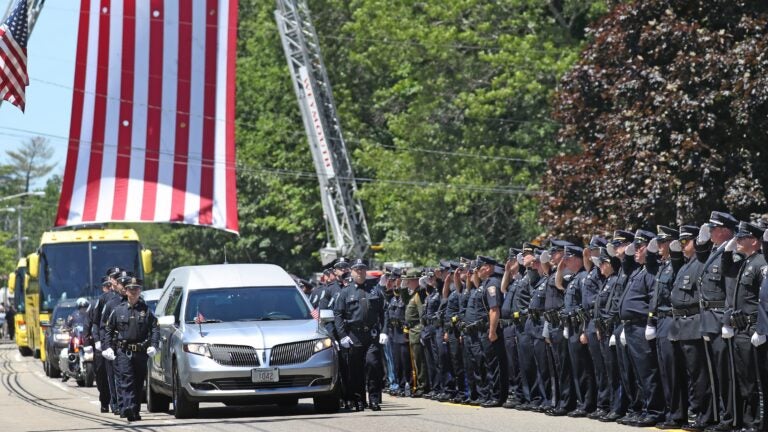