An incident involving police surrounding her vehicle in early May — captured by a police cruiser’s dash cam — has left Felita Morrison of Quincy wanting answers.

The newly released footage shows Morrison talking with officers after her car was surrounded by police. Another driver accused her of flashing a firearm at a vehicle she passed just moments before while traveling along Route 3A from Quincy into Weymouth, according to NBC10 Boston.

“Wow, are you freaking kidding me?” Morrison can be heard saying to a couple of officers on video after they explained the 911 call they received. She gave them permission to search her purse and vehicle. “No, honey, you can check this car,” she said.

The recording of the 911 call reveals how the other driver, who remains unidentified, described the incident, and also accused Morrison of trying to run other vehicles off the road, the news station reported.

“I think this guy is a lunatic,” the caller said in the recording shared by NBC10, apparently referring to Morrison.

Morrison indicated in the dash cam footage that she wanted to bring charges against the other driver for filing a false police report. However, police say there wasn’t enough evidence to merit the charge, according to the news station.

“If we proved that someone intentionally lied about a crime that didn’t occur to draw a police response, then that would be enough to charge,” Lt. Steven Dearth told NBC10. “In this case, we don’t have it.”

The other driver, meanwhile, was supposed to meet up with police to file a statement, but didn’t show, according to the news station. Police were able to speak to him on the phone, and he told them he thought he saw a gun.

For Morrison, she wishes there could be consequences for what happened.

“With the climate going on today, to say that I waved a weapon? He lied about everything, and it’s terrible,” Morrison told NBC10. “You could’ve destroyed a family. This could have gone all kinds of bad.” 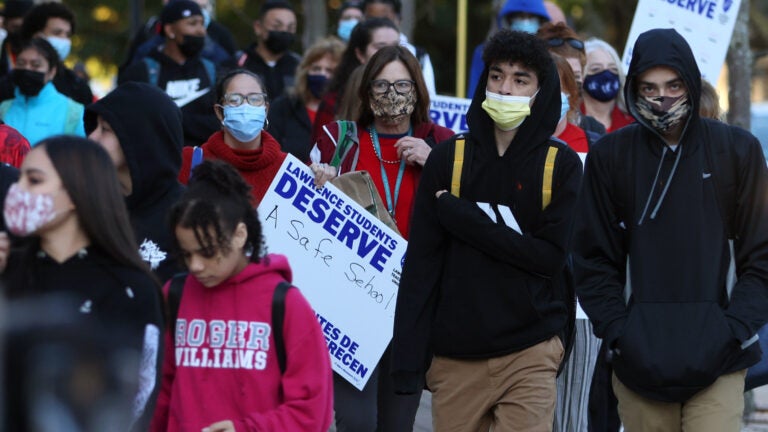 'We have to take action now': Lawrence holds emergency meeting on school fights