An RV crashed into the front of a hotel on Route 1 in Westwood on Thursday afternoon.

News and surveillance footage shared on social media shows the front passenger side of the RV lodged in the front of the Budget Inn – Westwood. The RV appeared to knock out some of the support poles.

Witnesses told WCVB the RV veered off the southbound side of Route 1 when exiting Route 128 and then barreled through the parking lot and into the front of the hotel.

The driver suffered only minor injuries, according to WCVB, and was transported to an area hospital following the incident.

“It took a massive hit,” Westwood Fire Chief John Deckers told CBS Boston about the RV. “I’m surprised that he was in the condition that he was when we took him out, that it wasn’t worse. He was blessed.”

According to CBS Boston, the fire department said the man was alert and conscious after the crash, and that no other vehicles were involved and no other reported injuries. The cause of the crash is still unknown. 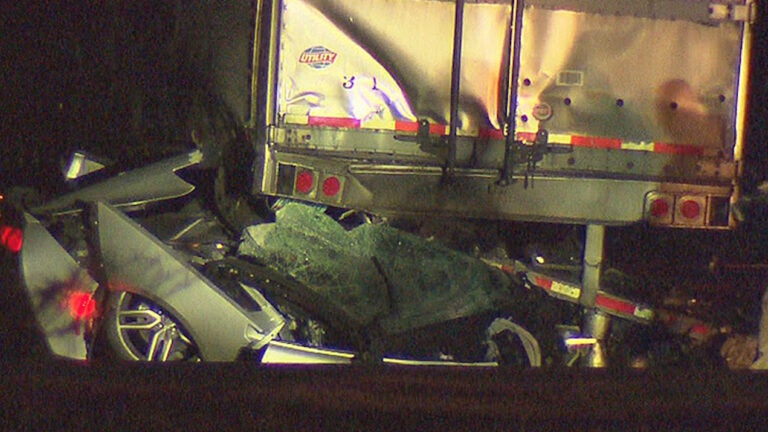 Crash between Corvette and tractor-trailer caps off deadly holiday weekend on Mass. highways