Vaccinated customers are flocking back to restaurants and bars. Businesses are reopening at full capacity. And, for many, a real semblance of normalcy is returning in the wake of the COVID-19 pandemic.

However, the Uber and Lyft situation is anything but normal.

Across the country, the ride-hailing industry is experiencing a historic shortage of drivers this spring. Many stopped driving during the pandemic, since the drastic drop in demand made the job not worth their time.

While the demand for rides is now rebounding in the wake of the pandemic, supply has not yet followed. Factors such as fear of COVID-19, boosted unemployment benefits, and a lack of childcare have forestalled the return of many former Uber and Lyft drivers, meaning unusually high prices and long waits.

And in the Boston area, rides have been uniquely hard to come by.

According to Uber, the average wait for a ride in Boston this spring was 40 percent longer than wait times in Philadelphia — and 147 percent longer than in New York City. (Lyft declined to share market-specific rider or driver numbers.) It wasn’t uncommon for riders to open the app and be greeted with a message that simply read, “No cars available.”

Both company officials and drivers say that a Massachusetts law banning “surge pricing” during a state of emergency is partly to blame for the acute local shortage.

In 2016, state lawmakers passed a law banning the practice of surge pricing — which normally acts as an incentive for more drivers to hit the streets to meet high demand — during any governor-declared state of emergency, after Uber came under scrutiny for charging exorbitant prices during blizzards.

However, the law also meant that Uber and Lyft were unable to raise their base fares at all during Gov. Charlie Baker’s COVID-19 state of emergency.

After a total of 462 days and with COVID-19 “on the run,” Baker lifted the state of emergency this Tuesday.

Uber says that the company reached out to drivers to let them know about the potential for additional income with the return of surge fares, and expressed hope in better access. Still, the company acknowledged that the change won’t immediately solve the shortage.

“We know that allowing surge pricing leads to better reliability,” Uber spokesperson Alix Anfang told Boston.com in a statement. “But as the people continue to travel, we expect to see elevated levels of surge as we continue to work to get drivers back on the road.”

While the return of surge pricing may induce some local drivers to return to the streets, many of the fundamental factors causing the national shortage remain, according to Beth Griffith, a driver for Uber and Lyft and executive director of the Boston Independent Drivers Guild.

Massachusetts is continuing the $300 federal boost to unemployment benefits into September. Some drivers remain untrusting of the COVID-19 vaccines, despite their proven efficacy. And prohibitive childcare costs in the state make the financial calculus of returning to work a bad deal for many drivers, Griffith said.

Uber and Lyft have been offering bonuses to get drivers to return. But according to Griffith, those financial incentives don’t offset declining per-mile pay rates, combined with the expenses such as gas, in the long term.

Stephen Levine, an Uber and Lyft driver for over six years, says the return of surge pricing in Massachusetts might get some part-time drivers to return. According to Lyft, 96 percent of their drivers in Boston are students or have other jobs.

“They rely on that extra money,” Levine said. “When it comes to surge pricing in general, that’s typically what they look at when they’re doing their work.”

Still, Levine — a BIDG board member who returned to full-time driving after his unemployment benefits ran out — noted that surge fares are more modest than they were when he first began driving in 2015. At the time, the surge fares would multiply the $1.24 per-mile base rate for rides by two, three, four — even 10 times. That base rate has since gradually declined to 66 cents per mile, he said.

“The surge pricing model now is comparatively very, very different,” Levine said, adding that the “extra money does help,” but isn’t “all that great.”

A spokesperson for Lyft declined to say how they expect the reintroduction of surge pricing to affect the shortage of drivers in Massachusetts, but said the company is “working to meet demand, including providing incentives to drivers, who are busier and earning more than they were even before the pandemic.”

Drivers dispute the notion that they’re making more. Even with the elevated prices for riders, Levine says he makes less per ride than when he first started (it’s perhaps also worth noting that, after losing billions of dollars a year, Uber and Lyft say they project to turn a profit on an adjusted basis this year).

Griffith, however, says she suspects some drivers may return to unemployment this summer, typically a more difficult time to make money with college students home. She also noted that she’s spoken to “a lot” of drivers who have recently expressed interest in vocational schools.

“They’re just trying to get out of the ride-share industry altogether,” she said. 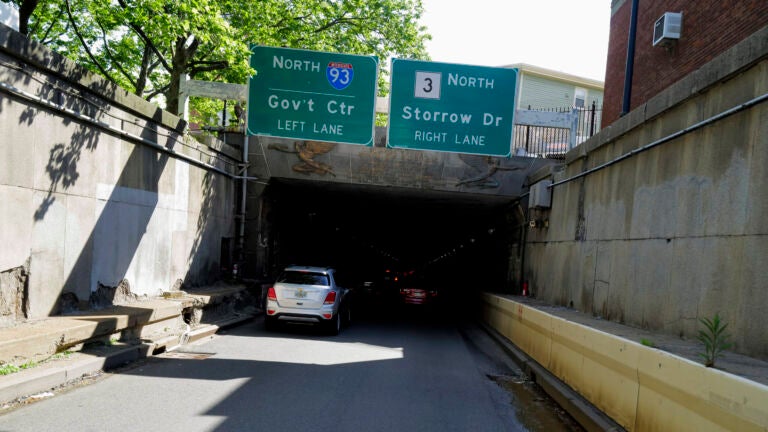