A Braintree police dog killed this month while protecting his fellow officers who were also wounded on a domestic violence call will have a private memorial service next week at Gillette Stadium in Foxborough, officials said Thursday.

The service for K-9 Kitt will begin at 11 a.m. Tuesday and will be limited to uniformed public safety personnel and invited guests, Braintree police said in a statement. The services are being organized by Cartwright-Venuti Funeral Home in Braintree.

Kitt, his handler Officer William Cushing Jr., and Officers Richard Seibert and Matthew Donoghue responded to a domestic disturbance and were searching a wooded area for the suspect when they were ambushed on June 4, Braintree police said in a statement. 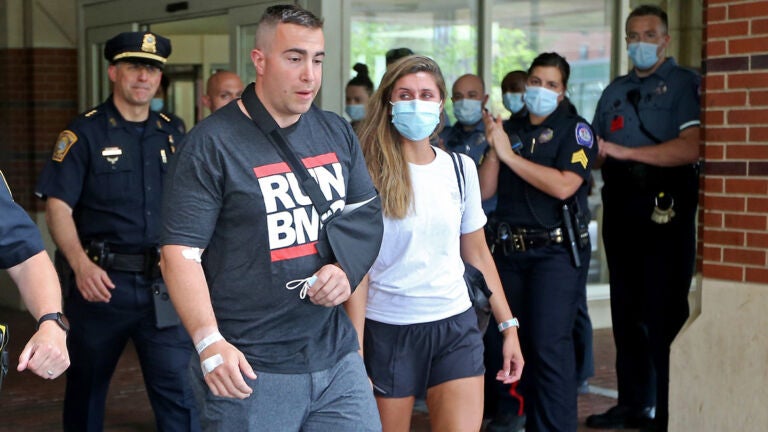