It was a big day for Boston’s Seaport!

After a long journey from China, three giant cranes capable of managing large containers arrived at the Seaport on June 22. The cranes are part of an $850 million project, which also includes dredging the main shipping channel and a new berth at the expanded Conley Terminal, to accommodate larger container ships in Boston Harbor.

The Zhen Hua 15 container ship left Shanghai, China in April with the three cranes. Though the ship was originally going to pass through the Panama Canal, The Boston Globe reported, it ended up taking a route around Africa’s Cape of Good Hope and through the Atlantic.

The delivery included two 205-foot-tall cranes and one 145-foot-tall crane, which are all taller than the six existing 135-foot-tall cranes the Massachusetts Port Authority has been using. According to the Globe, one of the cranes is smaller because of its proximity to Logan Airport’s flight paths.

“With the new cranes and berth, Boston will be in a position to offer some relief to an already stressed industry, and allow more New England businesses to take advantage of the local service,” Massport officials wrote in a statement, according to WCVB.

The full project won’t be complete until 2022. The new cranes need to be commissioned, which involves testing, inspections, and training before they will be ready for use. Officials predict that will be something this fall. The dredging, which will make the channel about seven feet deeper, won’t be complete until sometime in 2022. 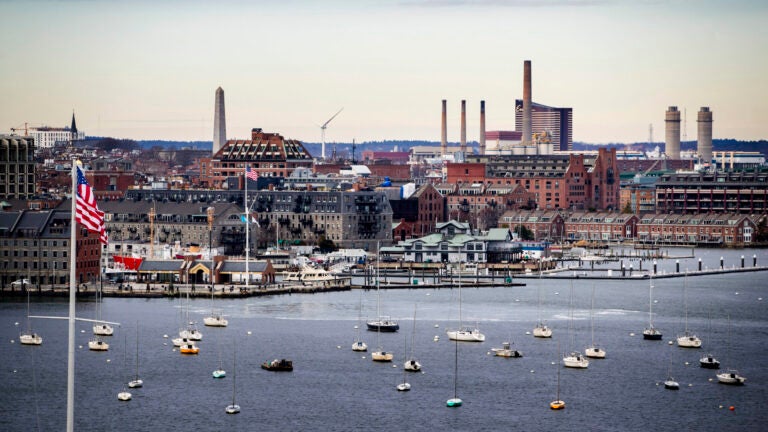