A private beach club on the serene shores of Newport, Rhode Island, is now the backdrop of a noisy political controversy over racism and exclusivity that also involves one of its prolific affiliates.

Public attention — and scrutiny — turned to Bailey’s Beach Club this week following comments made by U.S. Sen. Sheldon Whitehouse, whose family has long been members of the elite club.

Nestled at the southern end of the mansion-lined Bellevue Avenue, Bailey’s, formally known as the Spouting Rock Beach Association, dates to the Gilded Age, when wealthy industry titans and socialites flocked to their summer homes in the seaside city.

Whitehouse, a staunch Democrat, has faced criticism over his involvement with the institution for years.

GoLocalProv approached Whitehouse in 2017 about why he was still a member at what the outlet described as an “all-white” club.

“I think it would be nice if they changed a little bit, but it’s not my position,” Whitehouse said at the time.

And Whitehouse was questioned again by GoLocalProv last week on the eve of Juneteenth, the holiday commemorating the end of slavery in the United States.

He was asked whether Bailey’s has diversified its membership in the past four years.

“I think the people who are running the place are still working on that, and I’m sorry it hasn’t happened yet,” said Whitehouse, whose wife is one of the largest shareholders in the club.

Asked whether clubs like Bailey’s should continue to exist in 2021, Whitehouse said: “It’s a long tradition in Rhode Island and there are many of them, and I just think we need to work our way through the issues.”

The interview spurred an onslaught of national political attention and news coverage, and questions about what role exclusive clubs play in perpetuating systemic racism.

Bailey’s has historically remained silent in public on matters concerning its membership and operations, typically declining to answer questions from the press in the past, according to WPRI.

But that changed Wednesday when the club pushed back on allegations that the institution catered to an all-white membership.

“Recent characterizations in the press and in other commentary about Baileys Beach Club are inaccurate and false,” the club told WPRI in a statement.

“Over many years, Club members and their families have included people of many racial, religious, and ethnic backgrounds from around the world who come to Newport every summer,” the statement continued. “Our membership comes from all over the globe to our small club and we welcome the diversity of view and background they bring to our community.”

The club did not provide membership demographics or statistics, and its general manager said the institution would not comment further, the news outlet reported.

However, WPRI also obtained a memo sent to club members on Wednesday from president Alexander Auersperg.

“As a private club, we have a duty to protect the privacy of our members and we have exercised great restraint in not commenting to the press inquiries,” Auersperg, an Austrian prince and the son of Sunny von Bülow, wrote in the email. “However, we also have a duty to correct this mischaracterization which is so offensive to all of us, our staff and our friends in the Newport community.”

Auersperg went on to write that “a couple of our members were either taken out of context, misquoted, or just plain wrong in making a statement that Baileys discourages minorities from joining our club.”

“Let me be very clear, as President of this Club, and behalf of my fellow Governors and management, we do not discriminate against any race, religion, or ethnic background when it comes to our membership process or to the hiring of our staff — I can assure you that there is no one on our Board of Governors who would ever tolerate such an offensive practice,” he wrote.

Auersperg reiterated the statement released was the only one the club planned to make to the news media.

“We ask you to use the same restraint and to be mindful of any comments you make to avoid these kinds of devastating mischaracterizations,” Auersperg wrote.

Whitehouse says he made a ‘mistake’ in accepting the premise of the reporter’s question, which was inaccurate.

Whitehouse also released a follow-up statement on Wednesday, in which he said he was caught off guard last week by the reporter’s question.

“I was attending an unrelated event and wasn’t prepared for the question,” he said. “At the time, I made the mistake of accepting her premise. I then checked the assertion and was assured that, first, the assertion was wrong, there is diversity in the membership and there are non-white club members; and second, that improving diversity remains a priority and an active task for the club’s new board.”

Whitehouse also addressed calls that he should resign from the club.

“I have no membership to resign, nor will I ask my wife or any other family members to do so,” he said. “First, they are on the right side of pushing for improvements. Second, and more importantly, my relationship with my family is not one in which I tell them what to do.”

“I don’t know anything about the club, but I do know that Senator Whitehouse is an aggressive champion for justice, inclusiveness, and people from all walks of life,” fellow Rhode Island U.S. Sen. Jack Reed told reporters Tuesday, WPRI reports. “It’s who he is and what he fights for every day.”

Congressman David Cicilline wrote on Twitter: “Sheldon Whitehouse has been a fighter for racial and economic justice his whole life. Full stop.”

And Congressman Jim Langevin also wrote on the social media platform: “I know
@SenWhitehouse’s heart, and I’ve seen his relentless work fighting for equity for all Rhode Islanders firsthand. Anyone suggesting otherwise is dead wrong.”

The controversy has, however, apparently prompted Whitehouse to take a closer look at his other affiliations, particularly if any organization Whitehouse is close with involves “inequitable or exclusionary policies,” he said.

“While I am not a member of the beach club, I do own a boat and belong to a sailing club in Newport,” he said. “While this club does not have exclusionary rules for membership, it does lack diversity.

“Failing to address the sailing club’s lack of diversity is squarely on me, and something for which I am sorry,” Whitehouse continued. “I commit to working with the club and the community to build a more inclusive membership and to better connect with the local community.”

The senator also acknowledged the country’s “long history of injustice and practices that have exluded minorities from housing, schools, and opportunities to climb the economic ladder.”

“I pledge to continue doing all I can as Senator to overcome that history and work toward greater diversity and justice in all areas of society,” Whitehouse said. 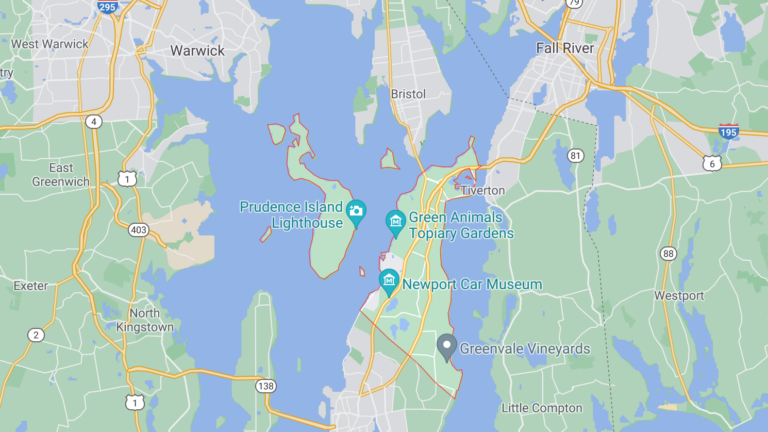