A research group says an 883-pound white shark named Freya made her way from waters off North Carolina all the way to New England, where she was last pinged Monday in Block Island Sound and later near Martha’s Vineyard.

The group, OCEARCH, bills itself online as a “data-centric organization” that tracks sharks and other aquatic life in collaboration with “individuals and organizations in the US and abroad.”

The terms “white shark” and “great white shark” both represent the same species. Most scientists prefer to call the beasts just “white sharks.” OCEARCH broke the news about Freya, described on its website as a “sub-adult” white shark, via Facebook on Monday afternoon. 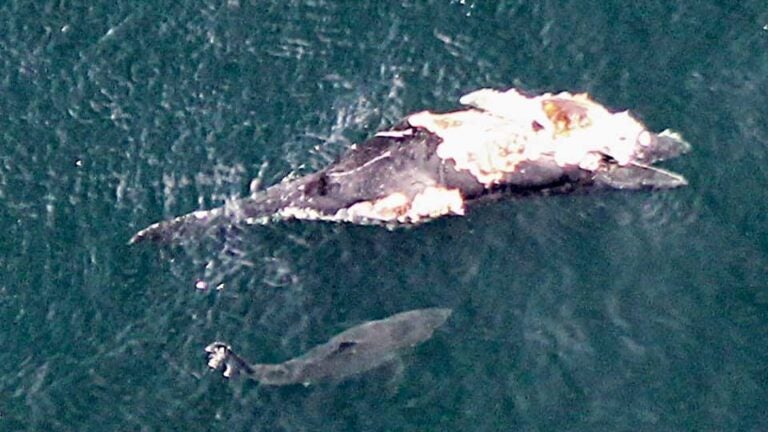