WINTHROP, Mass. (AP) — Authorities are investigating whether a man who killed two people in the Boston suburb of Winthrop targeted the victims because they were Black after officials found “troubling white supremacist rhetoric” in the gunman’s handwriting.

Authorities say Allen shot and killed David Green, a retired Massachusetts State Police trooper, and Ramona Cooper, an Air Force veteran, after emerging from a stolen truck that he crashed into a building on Saturday afternoon. Officials have described them as innocent bystanders. Allen was fatally shot by police moments later.

The shooter “walked by several other people that were not Black and they are alive. They were not harmed,” Rollins told reporters Sunday. “They are alive and these two visible people of color are not. We will continue to look and see,” she said.

Rollins did not provide more details about the suspect’s writings or where they were found. She cautioned that the investigation is in its early stages, but said that “these families deserve answers and we will find out what happened here.”

“This is a sad day, said Rollins. “These two people protected our rights. They fought for us to be safe and to have the opinions that we have, and they were executed yesterday.”

“Trooper Green was widely respected and well-liked by his fellow Troopers, several of whom yesterday described him as a ‘true gentleman’ and always courteous to the public and meticulous in his duties,” Mason said in an emailed statement. “From what we learned yesterday, he was held in equally-high regard by his neighbors and friends in Winthrop.”

A state police spokesperson said Saturday that officials are investigating whether the male victim “may have been trying to engage the suspect to end the threat.”

On Sunday, mourners gathered at the scene while some residents left flowers near the destroyed building, The Boston Globe reported.

Brian Marks, who owns the building that was destroyed, told the Globe that he was in “utter shock” when he saw what happened Saturday.

“I rushed down and came to what, to me, looked like something out of a movie or something,” he said.

Bob Harrington, who lives across from the building, said he heard loud crashes, saw the man get out of the truck and walk down the street and then shortly after heard gunshots. He then saw a woman lying on the ground, he said. 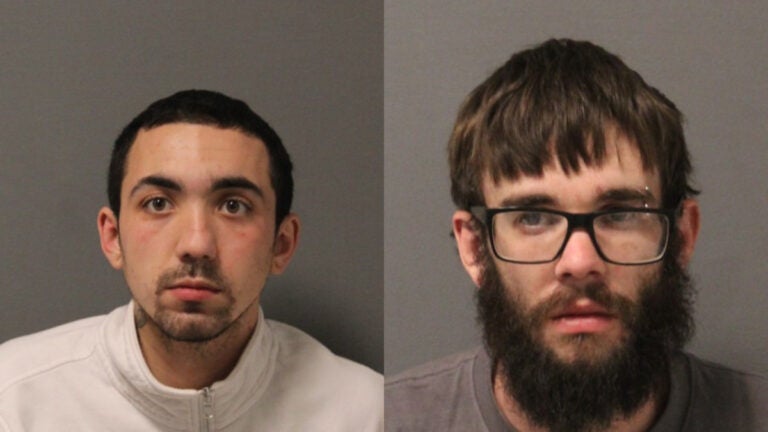