A Somerset dispensary used Sacha Baron Cohen’s “Borat” likeness on a billboard along a busy highway, and the actor is not happy about it.

Baron Cohen is so unhappy, in fact, that he’s suing the dispensary, Solar Therapeutics, for willful copyright infringement, false advertising, and violating state law prohibiting misappropriation of rights of publicity. He is seeking compensation and damages to the tune of $9 million.

In a criminal complaint filed on July 12, attorney David Condon wrote that Solar Therapeutics believed Baron Cohen would never find out about it and took a “gamble” by using his image on the advertisement.

“By use of the Billboard, the Defendants falsely have conveyed to the public that Mr. Baron Cohen has endorsed their products and is affiliated with their business,” Condon wrote. “To the contrary, Mr. Baron Cohen never has used cannabis in his life. He never would participate in an advertising campaign for cannabis, for any amount of money.”

Baron Cohen is highly protective of his image, doesn’t believe cannabis use is a healthy choice, and noted that it remains illegal federally. The complaint notes how his “Ali G” character on the HBO television series “Da Ali G Show” mocks stoner culture, which the billboard celebrates.

“Mr. Baron Cohen was born into an Orthodox Jewish family; he is an Observant Jew; and he is proud of his cultural heritage,” Condon wrote in the complaint. “He does not wish to be involved in the heated controversy in the Orthodox Jewish community about whether cannabis can be used under Jewish traditions, customs, and rules.”

According to The Hollywood Reporter, the billboard was taken down after Baron Cohen’s attorney sent a cease-and-desist letter, but the company has declined to compensate Baron Cohen for the use of his image. 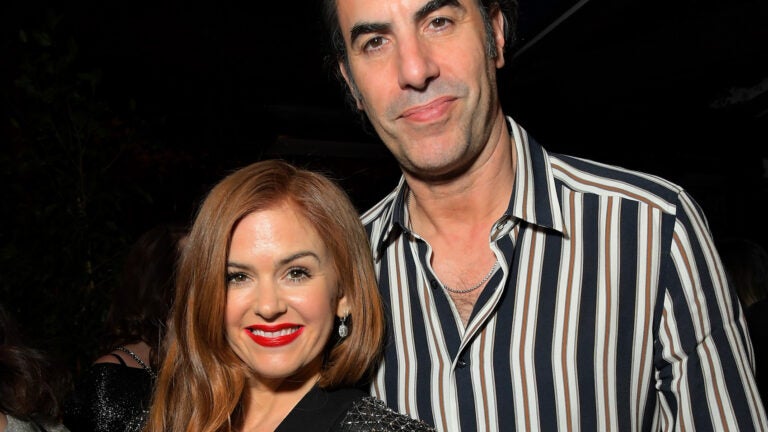