Federal officials expect Boston to see up to 18 days of ocean flooding next year — and that’s just when it’s sunny out.

The National Oceanic and Atmospheric Administration released a report Wednesday projecting that Boston will see 11 to 18 days of high-tide flooding in 2021, as climate change makes the type of floods previously only caused by storms increasingly common across the country.

Also known as “nuisance” or “sunny day” flooding, high-tide flooding occurs when tides reach anywhere from 1.75 to 2 feet above the average daily high tide, according to the NOAA.

Officials say high-tide flooding can be caused by things as simple as a full-moon tide or a change in prevailing winds or currents. At the same time, it can damage infrastructure and cause disruption (case in point: Boston’s frequently flooded Morrissey Boulevard).

The projected increase in Boston is more than any other New England location included in the NOAA’s report.

“High tide flood levels may become the new high tide in some locations,” Nicole LeBoeuf, director of NOAA’s National Ocean Service, said at a press conference Wednesday, according to WBUR.

“For the first time in human history, the infrastructure we build must be designed and constructed with future conditions in mind,” she said. 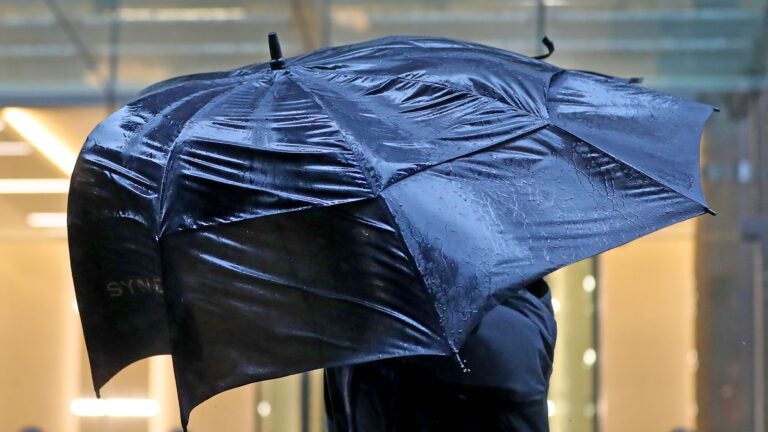