For inexperienced hikers, smartphones are a multipurpose tool: a flashlight, an emergency beacon and a GPS, all in one device. But it can be ill-advised, and possibly life-threatening, for hikers to rely solely on their phones as they head into the wilderness, experts say.

Apps and online maps have disoriented hikers on both sides of the Atlantic.

In Scotland, mountaineers are warning visitors that Google Maps may direct them toward “potentially fatal” trails that would force them to trek over cliffs and rocky, steep terrain.

A number of visitors recently have relied on Google Maps to reach the summit of Ben Nevis, 70 miles northwest of Glasgow and which at 4,500 feet is the highest peak in Britain, according to a statement from Mountaineering Scotland, a climbing organization, and the John Muir Trust, a charity that maintains natural areas in Britain.

If hikers follow Google’s directions to the parking lot nearest the summit, the map points them to a route straight up the mountain. Even experienced climbers would struggle up that path, the statement said.

The devices complicate things for some hikers who don’t realize they’ll need much more than their phones.

Mountaineering Scotland reported that a number of people in the country have been injured recently after following hiking routes they found online. Ben Nevis has been the site of a number of deaths in recent years, including a 24-year-old woman last month and three men in 2019.

In New Hampshire, mountain rescuers said they have saved many people who were ill-equipped for their outings.

At least once a week in the summer, the New Hampshire Fish and Game Department gets a call from hikers who have lost their way in the White Mountains, said Sgt. Alex Lopashanski, a conservation officer for the department.

“They try to follow a trail on their phone, which takes them into the woods, and they get themselves so lost,” he said.

These hikers cannot tell where they are because their screens are much smaller than paper maps, Lopashanski said. If officers can’t direct them back to a trail over the phone, it may take several hours for rescuers to find them.

Further complicating factors include wandering into remote areas without cell service or the devices running out of power, rendering them useless to summon help. 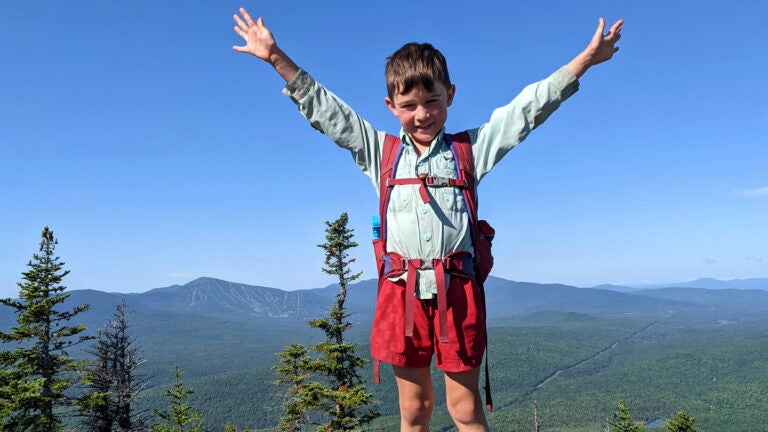