When doctors at Massachusetts General Hospital saw a 10-year-old patient during the pandemic, the young boy’s gums were bleeding, along with other symptoms like sleeping more than normal.

The patient, called Frank by MGH Dr. Awab Ali Ibrahim due to privacy purposes, was soon diagnosed with scurvy, a Vitamin C deficiency “that we rarely, rarely see,” he said.

Frank was admitted, and doctors soon found that he was deficient in iron as well, Ibrahim said.

The cause of Frank’s illness is something straightforward: he was no longer getting his meals at school, which provided him with complete nutrition. Instead, the food he was eating at home was mostly carbohydrates, Ibrahim said, leading to malnutrition.

“And he’s just one example of the many kids, and what was fortunate and unfortunate for Frank was he developed the physical symptoms that made his parents seek medical care,” Ibrahim said recently in a panel held by Project Bread and Feed Kids. “But can you think of the amount of kids who don’t develop that symptom and struggle with the side effects of hunger in the short term?”

The argument for free school meals

The state Legislature is currently considering a bill to make school meals free for all students regardless of need, instead of the need-based model currently in place. Experts say the effects could help stave off dietary-related diseases later in life, like type 2 diabetes and cardiovascular disease.

If passed, Massachusetts would be the third state to pass a free meals for all students bill. California and Maine recently adopted similar measures.

If passed, the state would continue to receive reimbursement from the federal government for school meals. The state would then pick up the tab for any associated costs not paid, according to the Feed Kids campaign website.

People who are hungry also can’t think of anything else, Dr. Ibrahim said. Hunger can lead to stunting and reduce a child’s cognitive function.

For Frank, the effects of not getting a nutritionally balanced meal at school were startling. When at school in person, Frank was performing well, and dreamed of becoming a doctor, according to Ibrahim. But when the COVID-19 pandemic forced students to stay home, Frank’s diet also changed – staying home meant eating more carbohydrates.

“His parents noticed he wasn’t acting himself,” Ibrahim said. “He lost interest in a lot of activities that he previously enjoyed. He would sleep for longer hours in the day, and he would lose focus.”

It was the bleeding gums that made Frank’s parents seek medical care.

Scurvy, Ibrahim noted, used to be “very common” with sailors who weren’t eating fruits and vegetables while out at sea for weeks at a time.

For Frank, his healthiest meal of the day was at the school cafeteria. That holds true for “a lot of kids,” Ibrahim said.

Roughly 1 in 5 households that have children in Massachusetts suffer from food insecurity, according to Feed Kids Campaign, which is working to gain support and awareness for the free school meals bill.

Ibrahim noted that a study released in 2019 showed that 11 million deaths worldwide could be attributed to dietary concerns in 2017.

Of the top five causes of death in Black people, he said, four of them can be related to diet.

“The solution to this is school meals,” he said. “School meals are a platform for children to get more than 50 percent of their calories, their healthiest meal of the day, and that will have a huge effect on this nutritional crisis.”

‘In crisis we can find opportunity’

“We’re not just talking about immediate costs on a child who is unable to learn in class,” Margolis said. “We’re talking about much longer impacts on the well-being of the child, on the development of the child, on their mental health, on their physical health, on the stigma that they feel that makes whatever mental health situation they’re going through even worse.”

She noted the pandemic revealed that in communities with higher infection and unemployment rates, more children depended on school meals. She also mentioned the effects of racism on hunger, and barriers to healthy food.

“These systemic barriers that we’ve seen in healthy, affordable food existed prior to the pandemic, too,” Margolis said. “But in crisis we can find opportunity, and the opportunity is the blinders were removed. We had no choice but to see what was already there, and in seeing that, now we have the obligation to act.”

Making school meals available to everyone also eliminates the stigma for those who qualify for a free lunch.

“We should allow them [students] to focus on what’s important to them, their education, their wellbeing and just have fun in school instead of adding that extra layer of stress that will come with am I eligible for school meals and how am I going to be judged when I get school meals?” he said. “All of that is just unnecessary stress.” 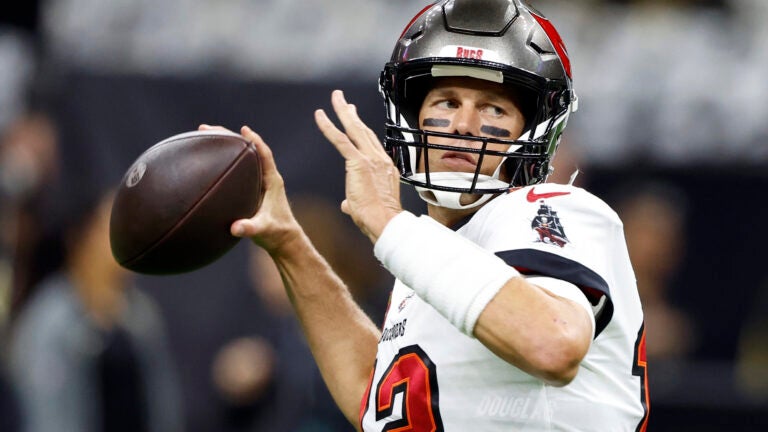