A 28-year-old Randolph man suffered life-threatening injuries Thursday morning when his arm was amputated in a crash on the ramp from I-95 to Route 128 north in Canton.

State police responded around 1:25 a.m. to the scene of the single-vehicle crash where they found the seriously injured driver. The man was transported to Boston Medical Center where he is being treated for life-threatening injuries, police said in a statement.

The man’s left arm was later recovered and rushed to the hospital by emergency personnel, police said. The passenger in the 2012 Toyota Camry, a 23-year-old Randolph woman, was not injured.

Police said the preliminary investigation into the crash indicates the driver failed to negotiate the curve of the ramp and drove off the road onto the grass. The vehicle collided into a guardrail, then continued back across the road where it crashed into another guardrail on the right side of the road.

The reason why the driver was unable to follow the curve of the ramp remains under investigation, police said. 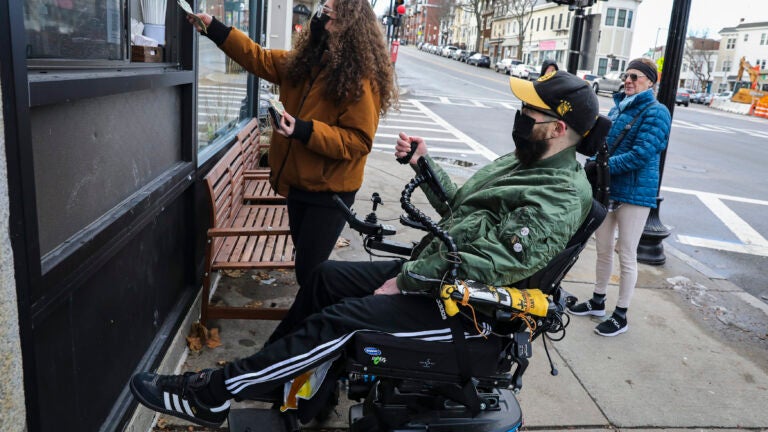