Two MBTA Green Line trains crashed into each other on Commonwealth Avenue in front of Boston University Friday evening, injuring 25 people and causing significant damage to the trains and trolley tracks, authorities said.

Fire trucks, police cruisers and ambulances with lights and sirens blaring rushed to the scene of the violent crash that occurred just after 6 p.m. and disrupted the commute and stunned people shopping and dining in the busy area on a warm summer evening.

“It was so fast. Very, very fast,” said Flavio Correa, 45, of Allston, who was aboard one of the trains with his wife. They were not badly injured — he bumped his knee and elbow, and she hit her chest. He saw a little girl with a small cut on her chin.

Other passengers suffered gashes on their arms and legs and helped several of them to get off the train, he said. 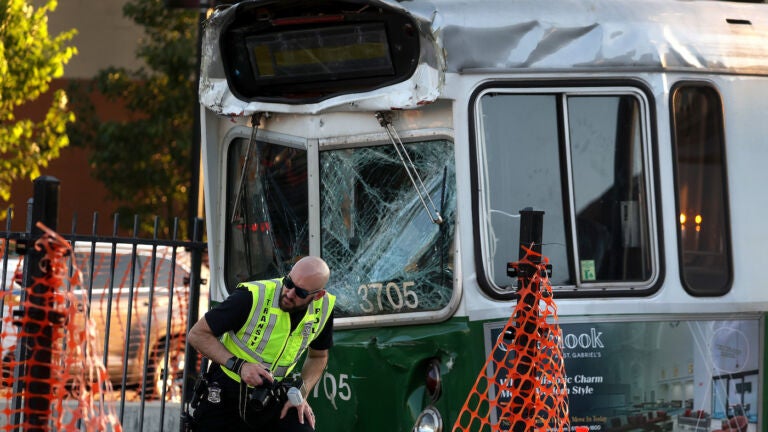