It’s been more than a year since George Floyd was killed while being taken into custody by police in Minnesota, and renewed calls for racial justice sparked protests across the country.

And since then, some communities in Massachusetts have been having discussions around the issue, have worked toward police reform, and are considering unarmed response teams to handle non-violent calls.

In Lynn, city leaders recently allocated $500,000 for the first phase of creating an unarmed force, called the All Lynn Emergency Response Team, or ALERT.

Instituting an unarmed force to help deal with non-violent calls isn’t a new concept. Crisis Assistance Helping Out On The Streets, or CAHOOTS — a program based in Eugene, Oregon — has been around for more than 30 years, according to its website.

A look at CAHOOTS

“The program mobilizes two-person teams consisting of a medic (a nurse, paramedic, or EMT) and a crisis worker who has substantial training and experience in the mental health field,” the CAHOOTS website reads. “The CAHOOTS teams deal with a wide range of mental health-related crises, including conflict resolution, welfare checks, substance abuse, suicide threats, and more, relying on trauma-informed de-escalation and harm reduction techniques.”

Members of the team do not have weapons; instead, they employ proven tactics to handle crises, the website notes.

The vast majority of the time, the team doesn’t need to call for police backup. In fact, in 2019, CAHOOTS handled about 24,000 calls, and of those calls, just 150 warranted police help, according to the program.

The program costs about $2.1 million annually, according to the website, and the team handles about 17 percent of the Eugene police department’s calls.

The program also saves money. From 2014-2017, it’s estimated that assigning those cases to CAHOOTS rather than police saved the city about $8.5 million on average annually.

Lynn ALERT in the works

The combination of George Floyd’s murder and the COVID-19 pandemic spurred a group of Lynners into action last year, according to Adriana Paz of Prevent the Cycle, an organization that works to promote racial equity. Paz also serves as co-chair of the Lynn Racial Justice Coalition, which has helped build Lynn ALERT.

A public hearing last fall, brought about via a petition, focused on policing in Lynn and residents calling for change. Since then, the coalition has worked with the city to create the program.

Now that it has funding, next steps include evaluating research from the Northeastern University Dukakis Center for Urban and Regional Policy, and hiring a consultant to help “further research, guide, advise, and develop the planning, design, and implementation details,” Mayor Tom McGee said in a Facebook post.

The hope is to have the team active and responding to calls next year, Paz said.

While George Floyd’s death “tore our hearts out,” Paz said these types of incidents involving police brutality happen here in Massachusetts, too, citing the Victor White case in Lynn. In that incident, a now-former Lynn police officer recently admitted to beating White, who is Black, after responding to a noise complaint at White’s home last summer.

For those behind the organizing, they see the benefits a program like Lynn ALERT could have for the community. Paz noted that part of the conversation has included talking about what police are trained to handle, and what could be deferred to an unarmed force. Some of those calls that could be diverted include mental health or those experiencing homelessness. Part of that means gaining the trust of people in the community.

ALERT could also help Lynn’s immigrant population – Paz noted that during the public hearing, some described how a language barrier caused an encounter with police to escalate, noting that having a uniformed and armed police officer respond can cause fear.

“Let’s take that out of the equation and let’s put in a social worker, somebody who has lived experience in this and can better handle the situation,” Paz said.

When considering bias, Paz noted that “police are not immune to that.”

“It just so happens that they also have the power to determine life or death,” she said.

While many in Lynn have been onboard with the conversations and the program, she acknowledged there are some that may have doubts about the program, or the validity of the claims of mistreatment by police.

“We want them to know that your community, your neighbors, are experiencing things that you may not have experienced,” she said. “It doesn’t make it less real. We’ve stressed that all along the way; we’re not creating this out of thin air.”

In Cambridge, those behind the proposed HEART program are in talks with City Manager Louis DePasquale. Back on June 7, the City Council passed a resolution asking him to consider the program, have conversations with community members, devise a plan for potential funding, and have a plan to put the program in action.

The City Council is currently awaiting that report from DePasquale.

The HEART proposal was coordinated by The Black Response, an organization dedicated to police reform. Queen-Cheyenne Wade, a member of the group that worked on the proposal, said that it was “made by the community, for the community.”

HEART is one of two proposals being considered by the city – a public safety task force was created by the city in January and also devised its own proposal.

While most of Cambridge’s City Council voted in favor of passing the proposal to the city manager for review, Councilor Tim Toomey voted “present” during the June meeting, noting that he believes the proposal needs further “dialogue” among the council members and the committee.

“It’s very far reaching,” he said, noting that while there are aspects of it that he supports, there are others that he’s “not very comfortable with.” While he said that he understands concerns with current police response, he cited an incident in Braintree involving a domestic violence call that ended with two officers shot, a police K9 killed, and the suspect killed, as well.

“To put a social worker, a commission, to respond to something like that without the proper resources, I think is not, clearly, in their best interests,” Toomey said. “All we have to look at is the [incident] in Braintree.”

“I have long been an advocate and staunch supporter of creating an alternate or non-police response for appropriate non-emergency situations,” he said in a statement. “It is evident that extensive thought and energy has been put into what the future can hold around this important work in the City of Cambridge.

“As the City moves ahead with these proposals, my hope is that Cambridge public safety will be actively engaged in the reexamined recommendations and be part of a broader, collaborative approach going forward,” he said.

Creating the proposal included talking with organizations that work with people who may be most impacted by the new program, like Margaret Fuller House and Cambridge Women’s Center. They also spoke with people in the community who are directly impacted, including those with a substance use disorder, or who were previously incarcerated, asking them what they would like to see changed.

“I think that’s the main important way of doing this, and understand that we started this saying we don’t have the answers, and we actually need to find answers collectively,” Wade said.

Like Paz mentioned in regards to ALERT, Wade said those interacting with HEART would be dealing with someone in their community.

“You’re going to actually be better engaged and supported by people that you know, and that’s people that are in your community,” Wade said. “That was really how we said we wanted this to be different.”

Part of the program is recognizing how some experiences are interconnected, like considering how someone experiencing housing instability or homelessness could also have mental health concerns to address. It’s about ending the cycle, Wade said.

This means considering how someone ends up homeless, or what leads to food insecurity, recognizing that the paths out of these issues are different depending on each person and their circumstances.

What’s your take? Let us know via the survey below: 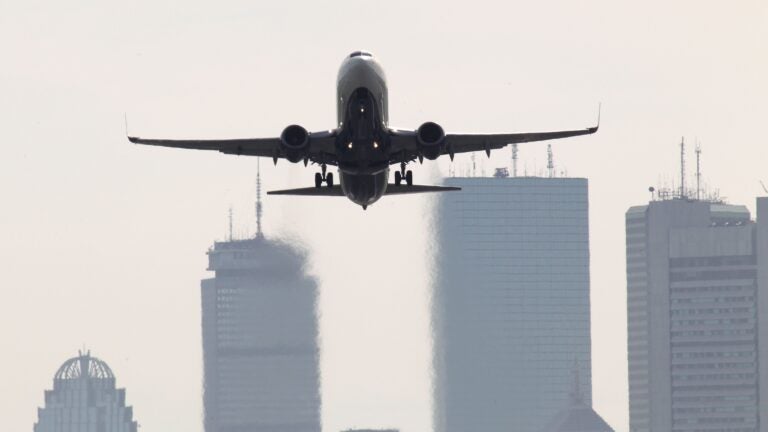