Under a new pilot program, EMTs and mental health workers will respond without police to 911 calls involving mental health matters that do not pose a public safety concern, acting Mayor Kim Janey said on Thursday.

The practice is one of three components of the initiative — a product of a plan aimed at boosting mental health workers in emergency responses and reducing the reliance on law enforcement that was created by the Boston Police Department and the city’s Office of Health and Human Services at Janey’s request.

“We must recognize that while issues of violence and public safety need a police response, mental health crises are a public health concern that need a public health response,” Janey said at City Hall.

The concept of diverting mental health-related emergency calls from local police has gained traction over the past year, as communities across the country consider how to better manage their police departments.

In June 2020, City Councilors Lydia Edwards, Julia Mejia, and Michelle Wu — who is also a candidate for mayor running against Janey — proposed an ordinance that would direct nonviolent, noncriminal 911 calls to health care and outreach workers who are trained to handle situations involving substance abuse, mental health, and homelessness.

“This is not a ‘replace the police’ conversation,” Edwards said at the time. “This is how do we increase safety in the most community-based and centered way?”

For the past decade, Boston police have partnered with Boston Medical Center’s Boston Emergency Services Team, or BEST, to pair officers with mental health workers to respond to calls that pose a public safety risk together, according to Janey.

Currently, those responders can be sent to any type of call, from car crashes to noise complaints, Janey said.

“The pilot initiative will dedicate co-response cars to calls likely to have a mental health concern, so that we are making these mental health teams available for the calls that would benefit from their presence the most,” she said.

The new system will begin in October in police districts that represent Charlestown, Roxbury, and downtown Boston, according to Janey.

The pilot program will also create “alternative response teams” to address mental health 911 calls that do not pose a threat to public safety, Janey said.

The teams will include EMTs and mental health workers, but not police officers, she said.

“This frees up police officers to focus on violent crime, rather than on mental health calls,” Janey said. “This work is done in partnership with unions representing (Boston Police Department) and (Emergency Medical Services) employees.”

A third component of the initiative involves “community-led responses to mental health crises,” which will be led by trained residents in various neighborhoods, Janey said.

Next month, the city will open a request for proposals for a facilitator to begin that work in December, she said.

“In each approach, we are investing and training for our 911 call takers to improve their ability to recognize behavioral health calls and determine the appropriate response,” Janey said.

In all, the city is investing $1.75 million in the program, she said.

“These investments will help connect residents and their families with the care they need. They will also help us send officers to where they are needed most,” Janey said. “We recognize that a crisis doesn’t just affect one individual. It touches their loved ones and their communities, too. That is why this effort to improve the 911 response to mental health crises is just part of the broader work to strengthen our mental health system, and part of the broader work to promote equitable policing and public safety.” 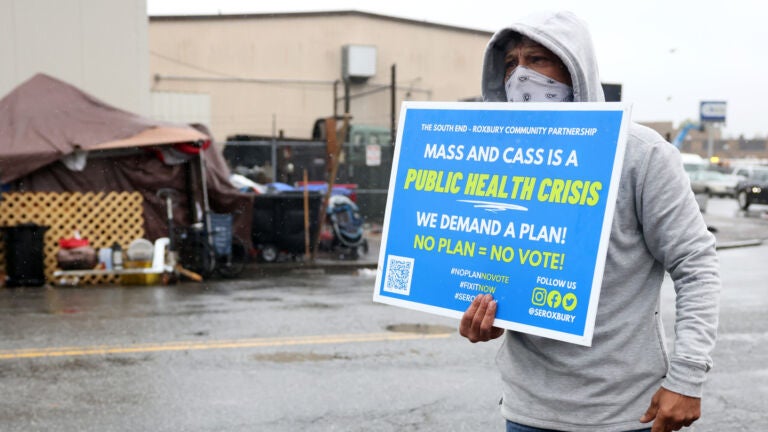