CONCORD, N.H. (AP) — An off-the-grid New Hampshire hermit known to locals as “River Dave” whose cabin burned down on wooded property where he was squatting for 27 years has been inundated with offers from as far away as California for a new place to live.

David Lidstone, 81, lived in the woods along the Merrimack River in the town of Canterbury. He was jailed on July 15 on a civil contempt sanction and was told he’d be released if he agreed to leave the cabin. The property owner, Leonard Giles, 86, of South Burlington, Vermont, wants Lidstone off the property.

Fire destroyed the cabin on Wednesday afternoon, the same day Lidstone appeared in court to defend himself. He was released Thursday from the Merrimack County Jail, after a judge ruled that he would have less incentive to return to “this particular place in the woods” now that the cabin had burned down. His whereabouts were unknown.

The state fire marshal’s office said it is investigating the blaze, but deferred questions to the Canterbury Fire Department. Lt. Dave Nelson of Canterbury Fire said he expects the investigation to take a few days and there were no updates available about its cause on Thursday.

“We just had the fire yesterday, it takes a while,” Nelson said.

Jodie Gedeon, an avid kayaker who befriended Lidstone about 20 years ago, said “people were just devastated” about the news of the fire.

But she said they are not abandoning efforts to solve Lidstone’s dilemma including working out some compromise with Giles. Money raised from supporters could go to bringing Lidstone’s compound up to code — its currently in violation of local and state zoning and environmental regulations — and to build an access road to the property.

“They just can’t believe it happened. We felt like we had a little bit of hope,” she said of the recent court hearing. “We thought the land owner and David would come to agreement. One option was to lease that portion of land to Dave. Bring it up to code. We felt that would be a realistic resolution if the two men would agree.”

A first cousin of Lidstone, Horace Clark of Milton, Vermont, agrees he should be allowed to remain on the property. Lidstone has grown his own food, cut his own firewood, and tended to his pets and chickens.

The woodlot Lidstone called home was just a few miles away from Interstate 93, north of the capital city of Concord. But it was hidden by the trees; it’s on 73 acres that have been used for timber harvests. The property has been owned by the same family since 1963. There are no plans at this time to develop it.

“Leave the guy alone. He’s not harming anybody,” Clark said. “If he wasn’t a problem in 27 years, he is not going to be a problem now.”

But Giles’ attorney Lisa Snow Wade said there are no discussions around allowing Lidstone to remain on the property.

“I did speak with Jodie Gedeon this morning who raised the idea of a lease, but I explained to her that we had considered this idea in the past when Mr. Lidstone had counsel, and we all concluded that it did not change the liability of the landowner to the town for having someone living in an illegal structure on the property,” she said in an email interview.

The other option for Lidstone would be to relocate to another parcel of land, a real possibility given that Gedeon has received about 20 offers from Maine, New Hampshire and as far as California. Many of those offers resulted from the media coverage of Lidstone’s plight.

“It tells me that people have compassion and humanity and don’t agree with what happens,” Gedeon said, adding she planned to discuss options with Lidstone in a jailhouse phone call Thursday night.

Lidstone told a judge during the Wednesday court appearance that he had no desire to comply with the order to leave the cabin. Most of his possessions were removed from it before the fire.

Lidstone, who is originally from Maine, also said the cabin was not a proper home but rather a hunting and fishing camp. He doesn’t have an attorney for his court case. Another hearing in the case is scheduled for next week.

“You came with your guns, you arrested me, brought me in here, you’ve got all my possessions. You keep ’em,” Lidstone told a judge during the court appearance. “I’ll sit here with your uniform on until I rot, sir.” 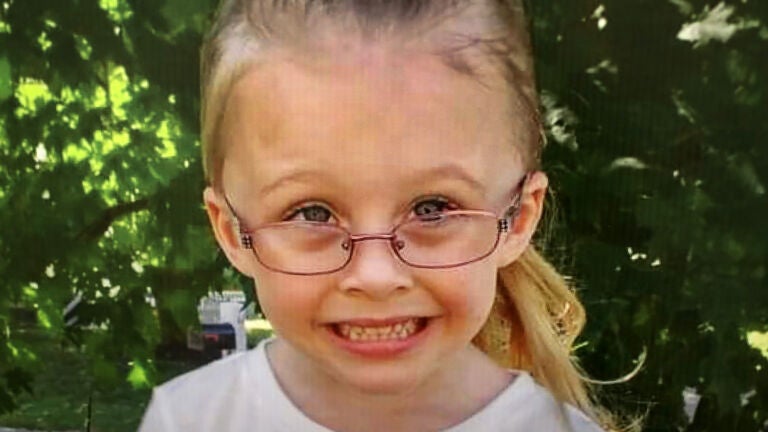 Timeline: What we've learned from the Harmony Montgomery investigation