The new Orange Line cars may resume service before fall sets in, according to MBTA officials.

The train cars, which have been out of service since one derailed in March near Wellington Station, are being tested on the main line, according to Joe Pesaturo, a spokesman for the T.

A variety of factors are thought to have led to the derailment, MBTA Deputy General Manger Jeff Gonneville detailed in a report in June. These include the wearing down of bearer pads because of “excessive rotation force of truck,” found to be outside of the limits of the trains’ design.

No one was injured during the incident.

Officials also noted that there wasn’t a guard rail, a cross level of track near the switch was nearing the end of its useful life, and there was a higher coefficient of friction near the switch, Gonneville said.

“The MBTA right now does feel pretty strongly that the guardrail itself on the switch and the excessive rotational force were more than likely the key contributing forces that led to this incident,” he said in June, according to Commonwealth Magazine.

“But in full fairness, CRRC [the trains’ manufacturer] is of the opinion that really the infrastructure items that I’ve outlined here played a greater or more key role in influencing the derailment itself,” Gonneville said. 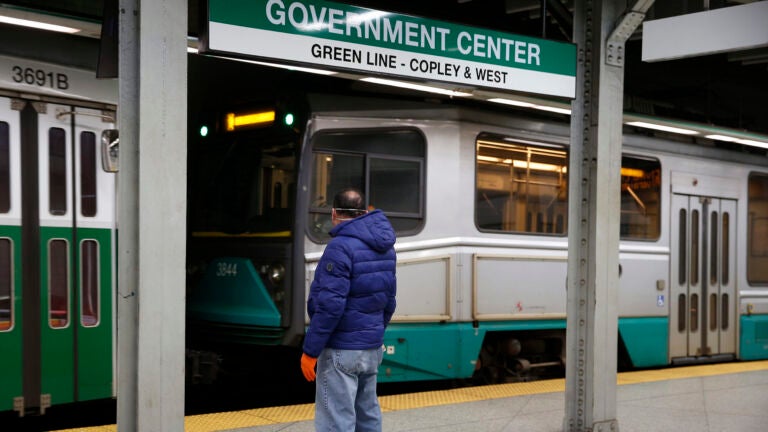