The New England Aquarium reported their giant Pacific octopus “Tatoosh” passed away in a message posted to Twitter on Saturday.

“As an ambassador for his species, he inspired awe & helped educate Aquarium guests, while helping Aquarium staff further their knowledge of the needs & behavior of this species,” they wrote in the tweet. “He will be missed.”

Tatoosh first arrived at the aquarium in September of 2020. The almost eight-pound octopus was two years old then.

Tatoosh was named after a string of islands off the coast of Washington in the Olympic Coast Sanctuary, according to the NEA website.

The New England Aquarium reports that the Pacific octopus – out of 250 octopus species – is the largest.

Pacific octopuses are highly intelligent and have impressive eyesight. They can also change their color and can lift up to 700 pounds using their eight tentacles, according to the NEA website. They typically live in rocky caves 500 feet below the surface throughout the Northern Pacific Ocean, between Northern Japan to California.

Videos of Tatoosh will still be available on the aquarium’s YouTube channel, including a 23-minute virtual visit to Tatoosh’s exhibit filmed in January. 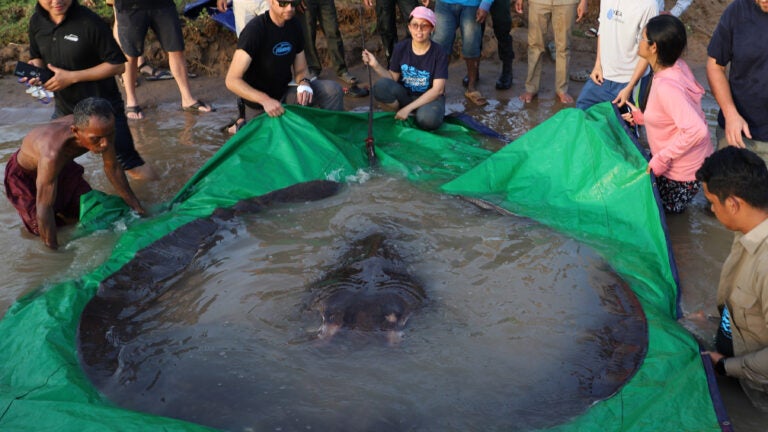