Last summer, a group of oceanfront homeowners in Rockport sued the town over scuba drivers allegedly undressing in front of their homes and “clanging tanks.”

Now, the Back Beach Neighbors Committee has filed another lawsuit, but this time they claim they own Back Beach (the beach divers use), Beach Street (the street in between their homes and the beach), and an old school house where the American Legion operates and has a gazebo.

The lawsuit was filed in state Land Court back on March 29. As for last summer’s lawsuit, just two of the original nine claims are still being decided, according to The Boston Globe.

The current 12-page lawsuit draws on the history of the town, the building of Beach Street — a tidal road until 1836 that could only be traversed during low tide until it was paved that year — and that the town didn’t follow conditions for maintaining ownership of the Legion hall, stating that to maintain ownership, the property should’ve been kept for school use or it should’ve widened the street.

Town Administrator Mitchell Vieira, as well as the committee’s attorney, Michael Walsh, did not respond to requests for comment as of publication time.

In a conversation with the Globe, Stephanie Rauseo, a committee member, said the suit isn’t about keeping people out.

“We don’t want to own the beach so we can exclude people,” said Rauseo, 80. “We just want a better situation as far as the town respecting us, rather than harassing us.”

But many in Rockport seem to feel differently — red signs with white lettering stating, “All are welcome, including divers,” have cropped up all over town in the last few months.

Rauseo also said it’s more about control; she said she isn’t upset about the divers.

“There are scuba divers yelling outside our doors at 6 a.m,” she told the newspaper. “There are people parked everywhere loading and unloading tanks, blocking the street. I’ve seen an ambulance unable to get through. That’s all we’re trying to control.”

Other residents are frustrated by the committee’s claims.

Beth Renner, who made the red and white signs, said the committee has complained about other things — the town’s annual Fourth of July bonfire, among others.

“And now they’re complaining about the scuba divers, saying they get naked in the street,” Renner told the Globe. “I’ve been looking at them through binoculars for 24 years, and I’ve never seen anyone naked.”

Mike Merriman, an instructor with MASS Diving, told Boston.com after the first lawsuit was filed that his students try to be quiet and respectful.

“As for noise, divers set up their gear, get dressed, and enter the water to do their dive.  The most noise I’ve witnessed is excited groups talking to one another,” he said at the time.

And as for public nudity, he said divers wear a swimsuit under their wetsuit, similarly to any other beachgoer, kayaker, or surfer. 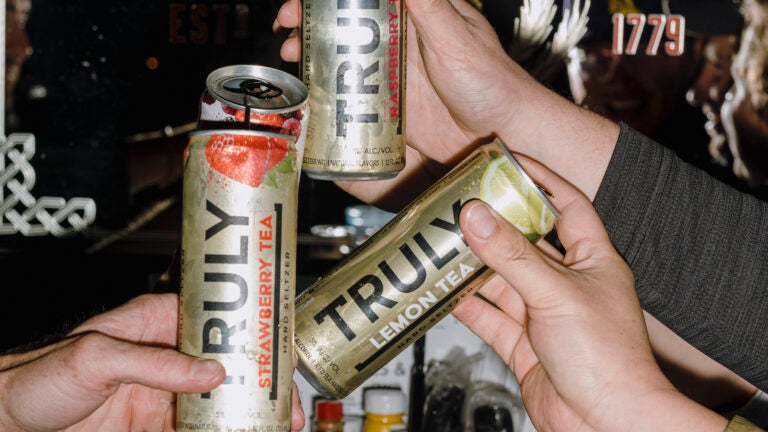 ‘It’s going to be a big summer for hard seltzer’