A decade after a Vermont teenager disappeared as Tropical Storm Irene was bearing down on the state his mother is still hoping someone will be able to answer the question about what happened to him.

Marble Arvidson was 17 when he left his Brattleboro foster home with a man who appeared to be in his 20s on the afternoon of Aug. 27, 2011, saying he’d be home in half an hour, hours before the rains started. He has never been seen again.

By the time Marble was reported missing the next day, regular communications were down and emergency responders overwhelmed by the scope of the natural disaster. Marble did have a history of staying out overnight.

At first, everyone held out the possibility the lanky teenager with an unpredictable temper and a penchant for black clothing might have run away, but over the years his mother, Sigrid Arvidson, has all but discarded that possibility.

“As a mother, I can’t stop looking for his physical body, whether he is in it or his body is the husk he used to live in,” Arvidson, who now lives in Abiquiu, New Mexico, told The Associated Press on Friday.

She’ll be back in Vermont on Saturday for a public gathering in Brattleboro near where her son was last seen. She’s going to place a marker and make a statement that will be part plea for more information.

The reward for information about what happened to Marble is now $10,000, she said.

Arvidson said there were probably 10 possibilities of what happened to her son, from the relatively benign like falling and hitting his head before tumbling down a slope into the water, to murder.

Brattleboro Police Lt. Jeremy Evans said they reopened the investigation into what happened to Marble earlier this year to coincide with the 10th anniversary of his disappearance.

They are in the process of re-interviewing about 100 possible witnesses and following up on the scores of tips they received a decade ago and more recently through the department’s tip line.

Evans said they are getting help from the National Center for Missing and Exploited Children and the New England State Police Intelligence Network. The case is listed on the Vermont State Police missing persons page.

Evans doesn’t know what happened to Marble, either.

“The only thing we can be comfortable saying is he’s deceased,” Evans said.

When Irene roared up the coast in August 2011, it killed at least 46 people in 13 states and a handful of others in the Caribbean. Many in the Northeast breathed a sigh of relief when the New York City area largely was spared. Then the storm settled over Vermont.

Parts of Vermont got 11 inches of rain in 24 hours. The storm killed six in the state, washed homes off their foundations and damaged or destroyed more than 200 bridges and 500 miles of highway.

A number of events are being planned to mark the 10-year anniversary of Irene’s fury, Aug. 28, 2011, the date of the state’s biggest natural disaster since a 1927 flood.

For much of Vermont Irene is now history, the rebuilding complete. But not for Arvidson or the Brattleboro police.

“It very much is part of Irene because it hampered every aspect of trying to search for him,” Arvidson said.

Arvidson said she believes there are people out there who know something about what happened to her son.

She hopes those people have matured and are ready to do the right thing to help find Marble.

“Maybe they’ve been holding onto something and they assume somebody knows,” she said. “But now is a good time to get that off your chest.” 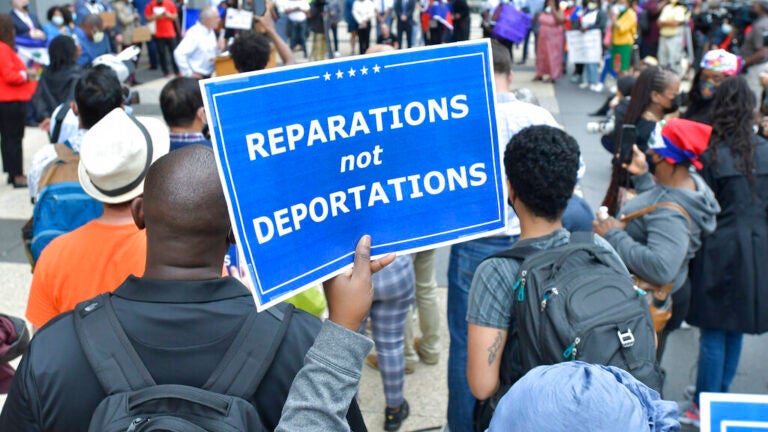