A 23-year-old man from Chelsea has died after the motorcycle he was operating and a tractor-trailer collided in Medford Friday morning, state police said.

The crash happened around 8 a.m. on Route 16 westbound, according to police. Via investigation, officials believe the motorcyclist, who hasn’t been publicly identified, was driving a 2007 Yamaha YZF R1 in the breakdown lane and passing traffic in the travel lanes.

The truck, meanwhile, was making a legal right turn while in the right lane on the roadway into the Meadow Glen Mall parking lot, authorities said. The motorcyclist couldn’t stop in time and hit the truck cab on the passenger side.

The motorcyclist was brought to Massachusetts General Hospital and pronounced dead. The incident remains under investigation.

Route 16 was partially closed for about three hours while authorities were on scene, police said.

Medford firefighters reported that a state Hazardous Materials Emergency Response, or HazMat, team was called in to tend to a fuel spill from the truck. 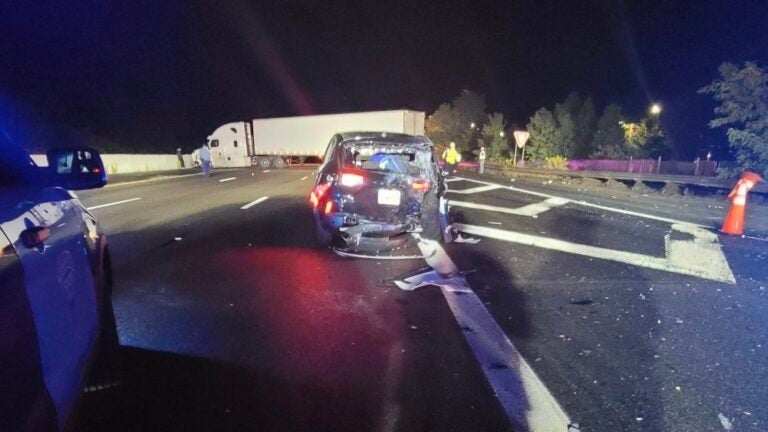