A community is reeling after U.S. Marine Sgt. Johanny Rosario, 25, of Lawrence was killed by a suicide bomber attack at Kabul’s international airport last week.

On Monday, Governor Charlie Baker said the state would support the family. According to The Boston Globe, Baker told Lawrence Mayor Kendrys Vasquez that his administration would do what they could to help “with respect to the arrangements and the process going forward.”

Rosario was among 13 service members killed in the airport attacks, including another female Marine sergeant, Sgt. Nicole L. Gee, 23, of Sacramento. As many as 169 Afghans were killed in the attacks, the Globe reported.

“There are many communities, states, country, who have suffered tragedy through the 20 years we’ve been in Afghanistan and Iraq,” Baker said. “But the tragedy weighs most heavily on the families and loved ones of those who are lost. And I can’t imagine what it must be like to be a family member of somebody of who was on the ground at the so-called end of this process, when you think and start to believe that your family member is going to be coming home any minute now at the end of this ordeal, and to have them lost to a suicide bomber.”

“​​Besides being a selfless Marine helping desperate people fleeing away from a life under Taliban, Sgt. Johanny held the torch for her family in Lawrence, Massachusetts,” the fundraiser description reads. “She was the steady force that the family looked up to for strength and moral support. With the fall of this monumental source of support and security to the family, while Sgt. Johanny gave her all fighting for this great country, her family is left shattered and lost.”

Marine Corps. Captain Austin Keeley shared on Facebook that he was honored to have served as Rosario’s officer in charge for 15 months before she left for Afghanistan.

“Sergeant Rosie, I’m so proud of the Marine you became,” he wrote. “I’ll forever be inspired by the work you did, the lives you saved, and the sacrifice you made. Thank you for everything.” 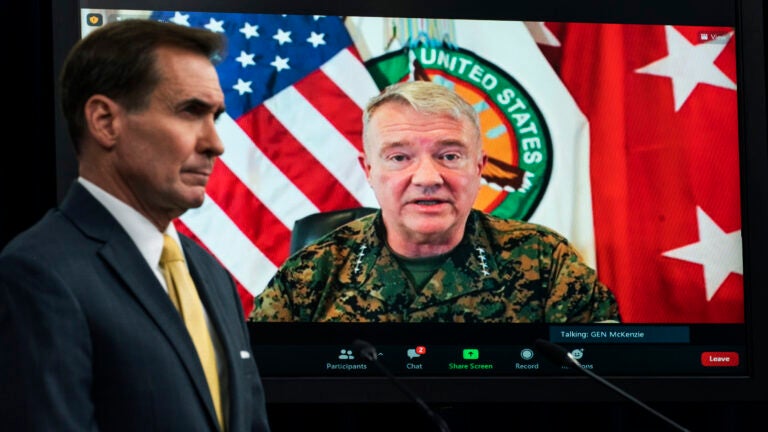